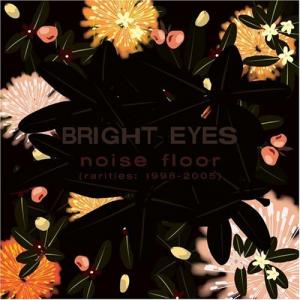 "Mirrors and Fevers" by Bright Eyes

This is terrible. My brain does not have a single interesting thing to say about today’s song in question, that being “Mirrors and Fevers” by Bright Eyes. It is like all the fascinating and compelling thoughts about Bright Eyes have decided to, en masse, take a vacation to Tahiti to catch up on all the not sleeping and not drinking that has been done recently around here. Conor has such a prolific musical career that to have specific and important thoughts about each song would probably require either some sort of elephantine memory or a singular devotion to the man, the myth, the legend. I have neither.

I’ve come to discover that a great many of my songs on my iPod just don’t have any meaning. They come up as blank sheets on rotation. Not that the writer of the song didn’t intend intrinsic meaning, but rather they have no meaning to me. How could they all have meaning to me? I don’t have nearly the mountain of experience to pull that off – and when you have songs like “Mirrors and Fevers,” that are more or less passively recorded noise that somehow becomes acceptable to release on an album, you’re not left with much to think of that sort of self-indulgent nonsense. Sure, there is a ditty at the end of the noise – Conor sort of confessing acapella – but really, Conor doesn’t offer anything we haven’t heard. I don’t have the postmodern fortitude to give meaning to all songs that surround me, only so much can get filtered through my experience to become more than just a pile of notes and words that get vomited from from speakers.