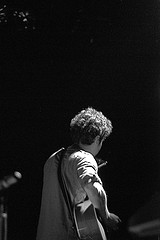 M. Ward croons his tunes at The Showbox

It's interesting trying to trace a path between M. Ward's older music, wending your way through all the projects Ward has worked on (most notably the 2008 release of Volume One from She & Him with actress Zooey Deschanel) and then setting all that against his newer, sandpaper-smooth songs. Seattle doesn't usually embrace the singer-songwriter until they get to a certain stage of awesome, but M. Ward has cerainly tapped that as… assignation. At Bumbershoot this year, he played at the same time as Beck on the mainstage and definitely drew a crowd out–just like he did again at this show.

California exports Port O'Brien opened relatively early in the night for M. Ward, playing nautical music and asking audience members to bang pots and pans that were passed out during their last number.

In counterbalance, when M. Ward took the stage he played the first portion of his set solo; it was almost like a coffee shop setting and actually made the sold-out Showbox show feel somewhat intimate. Unlike most coffee-shop shows, though, the audience was rapt with attention.

Early in his set, M. Ward threw out "Paul's Song" with some lines that made Seattle transplants and lifers alike tune in:

"Well, I ain't gonna' lie to you
Well, every town is all the same
When you've left your heart in the Portland rain…"

It's true, he's a Portlandite. They get almost the same kind of weather, and the song must have hit home because the room began to quiet down almost instantly. There's nothing quite like the sound of an almost-silent full house, with a rush of furious whispers and occasional appreciative hoots as the only backdrop to the music. It makes the music seem more tangible because you can see and even feel the people around you straining to listen harder.

The venue was charged with this building energy, and it increased when M. Ward brought out a whistling man with a pared-down Andrew Bird style; by the time a full band was fleshed out on stage, the audience had meshed with the music.

Audience members were comparing him to the Mountain Goats, Tom Petty, and even Johnny Cash. A tall order, no doubt, but M. Ward really knows how to plan a setlist that at least evokes these kind of drunken comparisons.

At the end of the show, Chuck Berry was reincarnated! The very last song was "Roll Over Beethoven," complete with gyrations and a flash-back to 90s kid films. The show ended at a cool 11:30 at night, perfect for a mid-week performance that allows a working stiff some hype, relaxation and sleep all in one blow. 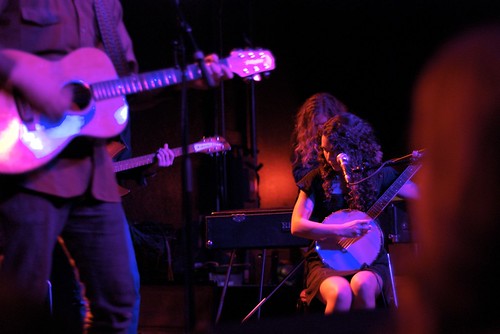 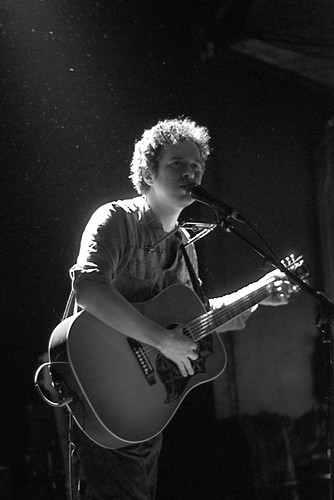