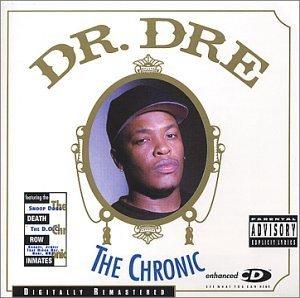 I find it quite amusing what a decade can do to your musical tastes. When The Chronic first came out back in the day, I had no idea what to make of it. I wasn’t listening to hip hop, I was listening to modern rock and lots of it – Depeche Mode, Pop Will Eat Itself, R.E.M., Luna, Gigolo Aunts, Lemonheads, you name it. The closest thing to hip hop that I heard was when WFNX would play MC 900ft Jesus or the Dream Warriors. So, needless to say, I had no idea what to make out of Dre and his crew out of the CPT. What is this sound? What is this lifestyle? Why is everyone so afraid of it? Of course, remember, I was a white boy in Central Massachusetts, where our high school had a grand total of one African American student. So yeah, The Chronic seemed very alien to me.

Flash forward to the 21st century, and suddenly I love the album. What’s changed? It is hard to pinpoint. It could be the year in Philly where I listened to the urban format radio station because everything else sucked in that city. Could be the girl I dated there who knew her hip hop and knew it well. Somehow, I sort of doubt it in the sense that I had to be already prepared for getting saturated in the music. In college I did dabble in safe, white boy hip hop like the Roots or Busta Rhymes, but it wasn’t until well into the ’00s was I ready to understand the sound and the rhythm involved. And once that happened, songs like “Nuthin’ like a ‘G’ Thang” have become an entirely new experience to me … and sort of like converting to a new religion, I seem to find myself trying to convert my friends over (hint hint Betsy). And really, I can’t think of anything better than listening to Snoop rattle off “fallin’ back on that ass/with a hella-fied gangsta lean/gettin’ funky on the mic/like old batch of collard greens”. Amen.