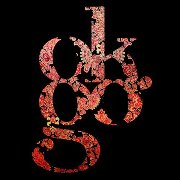 These are both second albums by Chicago-based rock bands that have been together since the turn of the century, and will be playing at the Crocodile Café with the Colour on Wednesday, August 31st.

Both are on Capitol Records, and are a sharp cut above the usual major label "rock band" fare. If you go to the show this week, the beer will taste good in your mouth, as the creative songwriting and infectious rhythms will make you dance at least a little (well, okay, this is Seattle, I've seen people not dance at a Gossip show, so that might be too much to hope for).

OK Go has a literate but tough, more meat-and-potatoes hard alternative sound, Damian Kulash's vocals reminding one of Damon Blairn, sounding like a heartland American version of good English New Wave-influenced rock. They cut their teeth as the "house band" on This American Life on NPR. "Seems Like A Good Idea At The Time," the wonderfully sarcastic response to "Sympathy for the Devil" picks on the Stones for their lack of real street credibility, and begins with great Cars-style clipped guitars then cranking up into R&B-punk like the Boys.

Immediately following is"Trust"-era sweet Costello-style soul on "Oh Lately It's So Quiet." The final three tracks on "Oh No" are particularly note-worthy (the caustic and clever "Television, Television" — speaking of Elvis C., ahem), throwing in a little mid-tempo Split Enz (the moody and catchy "Maybe This Time"), and ending with the very smart and infectious anthem ("The House Always Wins" — "You don't have to be alone to be lonely / you might as well give in"). They've bashed Bush publicly, and written a column for a Japanese magazine — apparently, their intelligence isn't merely an image they're promoting.

The younger, cuter Redwalls isn't quite as diverse or hard-rocking — although their ability to drone melodically but intensely on the magnificent "White Album"-sounding "Back Together" shows a little more natural ability than all the bunched-riffs on "Oh No." All the (in their early 20s) vocalists seem quite immersed in the Book of Beatles, while the music oscillates between a variety of 60s inspirations, from Small Faces to the Stones to the Yardbirds. The stuttering, profane, and fabulous anti-FCC rant "Falling Down" is a perfectly-paced anthem against censorship, never forsaking melody in its expression of mocking spite.

There are some songs on "De Nova" that don't seem well thought out enough to stick around for long, but then the band strips down and shows real brains and balls enough to write the venomous "Glory Of War" near the end of the album. The final track, "Rock & Roll," honestly feels like it was crafted in a cellar club in Hamburg thirty years ago — Really.

Why should you care about these two major-label bands? They rock convincingly, and probably both kick ass live. Just as importantly, they are not afraid to be politically progressive even in their art, which seems brave these days when many indie artists often cover up their reactionary politics with aesthetic snobbery.

Real, relevant rock and roll — you won't catch me snobbing at it.