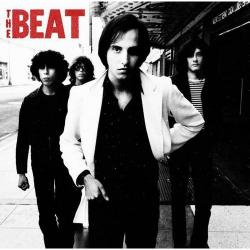 This upcoming Saturday night at The Funhouse {7/9} will be a four-stacked band-nanza of different types of punk or buzz-pop bands. Though they span a few different sub-genres and generational influences, all these groups have one thing in common: FUN. They all play their riffs like they’re tickling your the soles of your feet with flames from Bic lighters to get you on the dance floor, where they’ll be doused in spilt beer and forgotten about in the cavalcade of crush-candy crunch-rock.

Paul Collins Beat is the headlining band, which is aces: the recent garage scene kids have been coming along with their resurrection, which shows great taste. Collins was in the truly timeless and crucially inspired early new wave band The Nerves back in the late 70s, which also featured folk singer-songwriter Peter Case and Jack Lee (who wrote “Hangin’ On The Telephone” covered by Blondie) on Bomp! Records. Talk about a start! The first LP for split-off band for Collins was The Beat, produced by Bruce Botnick (who previously engineered everyone from Tim Buckley to the Doors), twelve tracks of some of the best American power pop ever crafted: “Walking Out On Love” and “Different Kind Of Girl” being highlights. Due to the rise of the English Beat, their legend was a bit shadowed in the new wave scene; but their sound thrives again on turntables and the guitar-strangling basement bop of bands in thrift store ties and black slacks and riding scooters to this day.

Seattle’s own sleazy and storming F-Holes could have a whole book written about their punk rock days of lore. Swamp madness in the mix! Fucking awesome. I’ve seen ’em a ton, and this night I’m going to be up front again.

For me, it’s also going to be imperative to see The Fuzz, which is Rod Moody’s new band, who used to be in Spike when I interviewed them in The Rocket back in 1994. They have a new album called Fun Forest which sounds just like it: Rod has a brilliant sense of lyrical detail, not afraid to describe every manner of fucking or fighting, what he needs right now, and what needs to change or else. Rod’s been in a lot of other bands, most notably before that Swallow (Sub Pop), but also Why, Deranged Diction, Runaway Trains, Dry Bones, and Green Handshake. His sound is an irresistible working man’s stew of Black Flag, Dick Dale, Ramones, and other old school rev up-the-stolen-GTO and go-pick-up-the-dirty-white-go go-booted girlfriend garage dance-stomp. He sneaks in hilarious greasy little lyrical teases at the apathetic kids of today in “Run Run Run” (Circle Jerks as a cranky beat band!), gets sexy strolling blues-punk on “All Over The World,” and blisses out on a nice ballad on “Forget It.” Solid stuff and I can’t wait to hear it.

Be there for the Funhouse on Saturday (starting at 9:30 p.m. and eight bucks for advance tickets)! Garbo’s Daughter is up from Florida to help out. Sounds like a perfect summer night of snarl and woot!