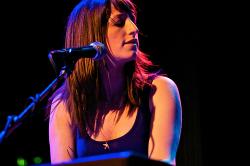 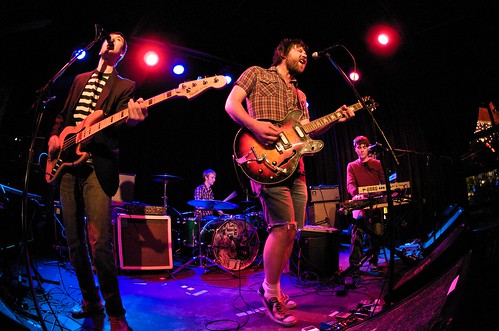 I was really looking forward to this show since seeing them last year at the Nectar Lounge. They've toured like crazy in the past year supporting their 2008 album "Some Racing, Some Stopping". They quickly followed up a Remixes album in the same year. The anticipation of whether there will be a new album was looming.

Alligators took the stage first while Headlights were still trucking in their gear into the venue as they came in late. Right away I thought "Oh man, they still gotta do a sound check then". A minor distraction but the pop sounds of Alligators made forget about that. They came across to me as pleasant creative pop. On their myspace page, they created 4 seperate myspace pages spelled out "all" "iga" "to" "rs" and lined them up in their Top 16 friends to spell out the name of their band. Clever. You should check them out. Alligators play their next show with Portugal the Man @ the Crocodile. 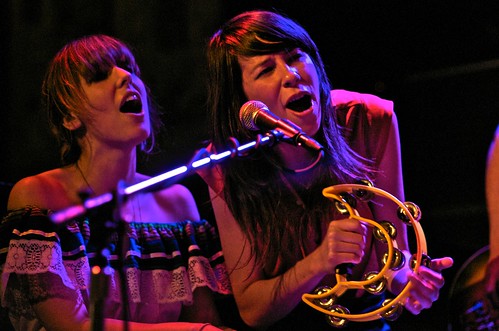 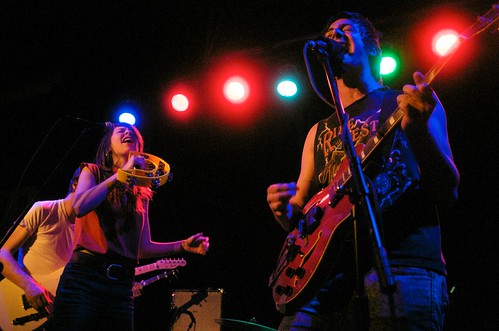 The Love Language. Beautiful folks hailing from Chapel Hill, North Carolina that are on tour with Headlights. They all got on stage ready to rock with drinks in hand but then were told no drinks on stage. Whoops. Some law or something that you can't have them on there. No matter though, the sweet combination of pop, Americana and soul searing through their melodies was enough to get the party started anywhere. 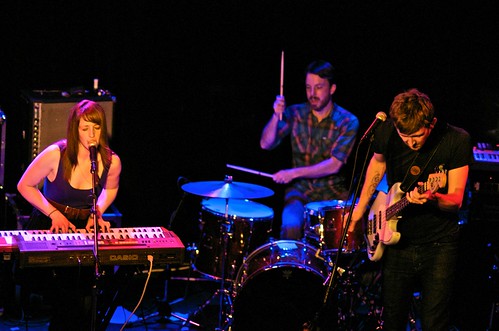 Headlights. They looked a little tired coming in late and then having to do a quick sound check before playing. Members of the gregarious bunch the Love Language, eagerly filed to the front of the stage for a song or two during Headlights banging away on tambourines. This seemed to energize the band even more and elevate the interaction between the crowd and the band. 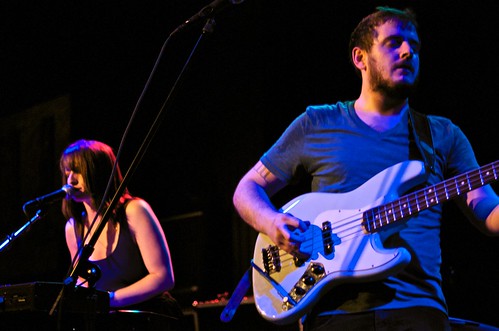 It was refreshing to see them play new songs which sounded great. Their third full length will be out in August.

Headlights will be back in town opening for Loney Dear @ the Crocodile Wednesday, May 13th.