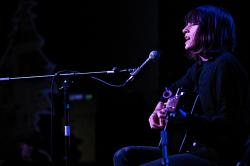 I knew what I was getting into when the Tiny Vipers / Grouper show was announced: A fairly mellow and relaxing show.

Grouper is the ambient/noise band name of Liz Harris hailing from Portland. The Grouper wiki page perfectly described her aesthetic as "Harris' music is a mixture of softly strummed acoustic guitar and her delicate, dreamy vocals, both of which are heavily drenched in reverb". It's no surprise that her recent album Dragging A Dead Hill Up A Hill is an album I would recommend chilling out to. 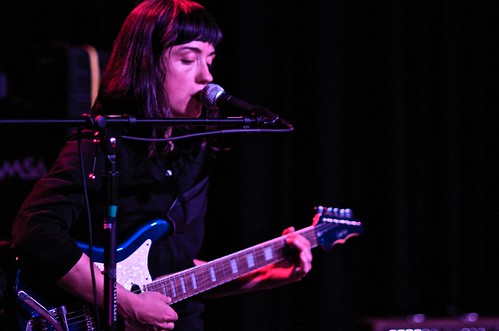 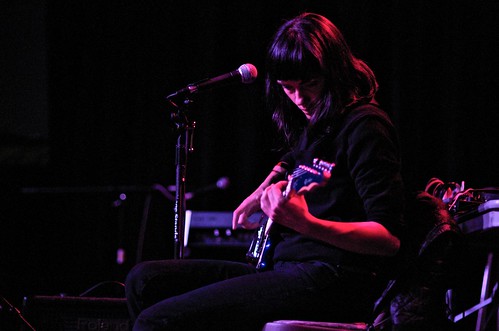 Grouper is opening for the Animal Collective this spring with the bulk of the shows played to medium-large venues and many of them sold out. It will be interesting to see the reception to Grouper will get in that setting. I thought of my hometown venue in Vancouver, the Commodore Ballroom which is comparable to the Showbox Market. Would everyone sit down and be very reflective like they were at the Vera Project? 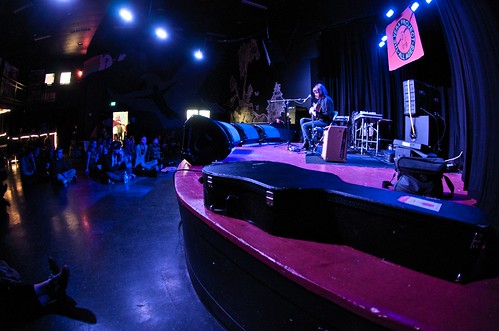 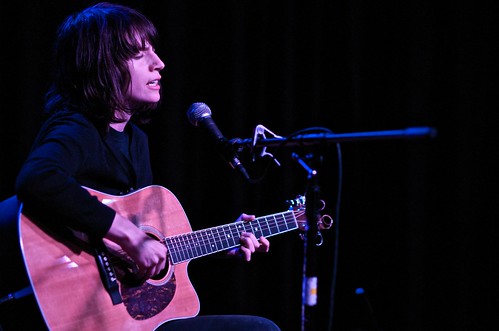 I recall the first time I saw Jesy Fortino (Tiny Vipers) play a show. It was in Vancouver and it was in a church turned community hall and it was the one of the most magical shows I saw last year. Everyone was sitting in pews in the dark listening with only a small lamp by her side on stage for lighting. The ambiance at the Vera Project wasn't as divinely dark but the mood was just as introspective the moment she started playing.

As much as the show was relaxing, it was quite the show to experience as a whole with the fusion of the experimental ambient noise acts that preceded Grouper and Tiny Vipers (Brother Raven and Scott Goodwin also opened.)  When Grouper came on, she bridged that ambient/noise to guitar playing perfectly setting the stage for Tiny Viper's set.  You're left coming out of a show with a quiet appreciation of how all these complicated sounds blended together in the end.