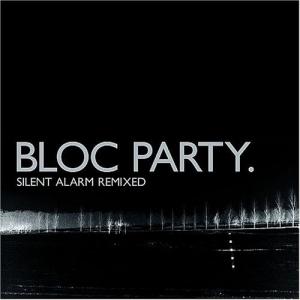 Remix albums are an odd entity. Most of the time they are, how do you say, completely, utterly, remarkably and fabulously unnecessary. How many “good” remix album can you think of off the top of your head? Not many. I remember enjoying things like Moby’s Everything is Wrong: Remixed and Mixed double disc, but that was when I was just getting interested in electronic and everything sounded new. Aphex Twin has his infamous 26 Remixes for Cash, which pretty much sums up why anybody does a remix in the first place (if you are a remixer). On the flip side, bands with remix albums? Um … er … for some reason this morning all I think of as an example is Milli Vanilli. Now, that, in itself, is a perfect example of why remix albums are unnecessary and forgettable.

Oddly enough, Bloc Party released a fully remixed version of their great debut album Silent Alarm, and while no means a classic, it could be at least considered on the upper echelons of the remix ladder. “Pioneers” is adeptly remixed by M83 into an postmodern collage of sound, pretty much stripping away all of the melody and leaving basic sounds and chord changes, turning it into, well, an M83 song (or something like “God Moving Over the Face of the Waters”). I’m not sure if it really adds much to our understanding of Bloc Party, Silent Alarm or M83 but it isn’t too insulting to the loyal fans who picked up the remix disc.