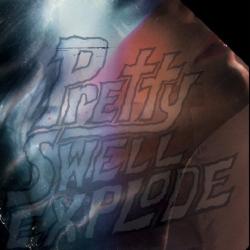 David Madson, aka Odd Nosdam, honed his beatsmithing skills alongside some of the best underground hip-hopsters in the biz: Alias, Doseone, Jel, Why?, Sole and the rest of the Anticon crew. After three studio albums, Odd drops Pretty Swell Explode, a remixes/rarities/b-sides compilation that really showcases his ability to blend field recordings, live instrumentation and sampling into an atmospheric head-spin of an album.

It's hard to characterize the sounds on Pretty Swell Explode. It listens like background music but snatches back your averted attention just in the nick of time with sweeping gauzy textures. The first track is just that, a mesmerizing wash of sound overlaying the muted beauty of Jessica Bailiff's vocals and structured with popping drum machine beats. Odd collaborates with the majority of Anticon artists on this release and remixes some killer tracks from Black Moth Super Rainbow and ambient electro greats Boards of Canada. While a certain disjointed and inconsistent feel is present, Pretty Swell Explode is one semi-fluid piece, congealed in gruff fuzz and underwater lyricists.

Pretty Swell Explode isn't an album of tracks. Instead it moves and flows seamlessly, "Untitled Three" expanding into a black-stringed version of Serena-Maneesh's "Don't Come Down Here" and then gracefully fading into the pre-silence of the haunting "Freshman Thesis", a re-worked track from labelmates Thee More Shallows. "Freshman Thesis" sounds like the Notwist run through a cheese grater and then slathered with honey. Crisp lead vocals by Thee More Shallows frontman Yoni Wolf are accentuated by a muddled background of Why? vocal drops, sounding like a distorted track of cell phone interference.

Very lo-fi sounding, Pretty Swell Explode exists as a "feeling" album… one that you sense and appreciate from a place somewhere outside of its general consciousness. Understated breaks slip in between airy reverb and become jumbled into static, as in "Four Thousand Style". Male/female duo Alias & Tarsier's "Ligaya" is revamped in a dense dub rhythm, bouncing slowly alongside Tarsier's ethereal voice cooing in echo. And with equal beauty, but a different approach, Odd recreates Black Moth Super Rainbow's "Forever Heavy" into a strungout and sensual dirge, reminiscent of the original but with its own stand-alone aesthetic.

Odd's sonic art is about the sum of the parts, the filtered-through patterns and the upswing of seminal beats. Pretty Swell Explode is the soundtrack to this chilly autumn's swirling and vibrant leaves, it's the album that you wish was on constant repeat so you could live inside its rotating planet of sound. You don't remember the hooks while you're trying to sleep, and if pressed you probably wouldn't recommend this album to the casual music lover, but Pretty Swell Explode is its own kind of musical gem, rough and inconspicuously pleasing.