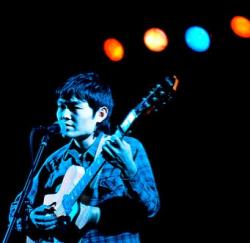 PWRFL Power, Facts About Funerals, and the Birthdays

{TIG presented one great midweek local showcase at the Crocodile last week. This summary brought to you by ChrisB, Kyle Johnson, and imaginary dana. All photos by Kyle Johnson — and might we say, they look amazing!}

"This is the biggest crowd we've ever played to" one of the two lead singers of the Birthdays gleefully exclaimed. The Birthdays seemed to be ecstatic to be playing for an unusually large crowd (probably in the low triple digits) for the first band on a Wednesday night. Their set was charming and awkward and charmingly awkward, and if you're a fan of two-songwriter pop bands and twee, then this may be your new band crush. Both live and on Memorex they try to out-twee Tullycraft. I don't know if that's possible but they make a valiant effort and have loads of fun in the process.

Photographer Kyle Johnson arrived just in time for Kaz Nomura aka PWRFL Power. Kaz has been gaining notoriety quickly and landing shows left and right. Kaz was in a good mood and began telling his many humorous stories of daily mishaps in life set to his lovely guitar riffs. The set included several new songs incuding "2 Keys," a tale of losing his keys, "Peach Song" about getting a fake ID for underage love, and "Soft Boy," regarding the one he met in the park who eventually stole his money, virginity, and digital camera. PWRFL Power will definitely keep getting bigger. I only hope he stays off the "slopes" as he referred to them (in song) because he did seem quite sniffly and a bit out of it onstage. 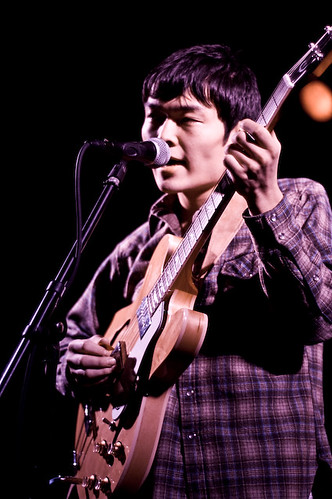 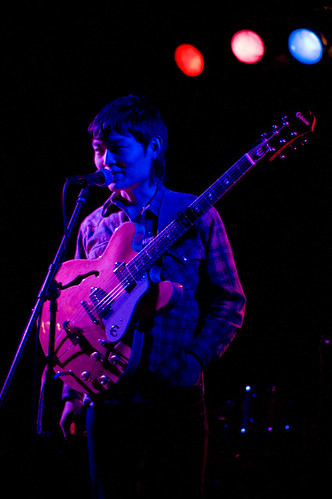 Facts about Funerals was a band that intrigued me with their name alone — and good thing too, as some digging showed that the band has only recently settled on the moniker (they were previously called Red Sky and previous to that, known as New West Motels). When the guys took the stage i was instantly rocking with them. I'm a big fan of almost any band with pedal steel. They sounded very tight for a first time playing with the new lineup, with a great moody, somewhat somber sound for a Northwest winter-like night… 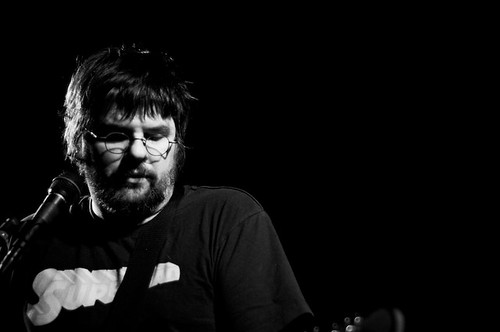 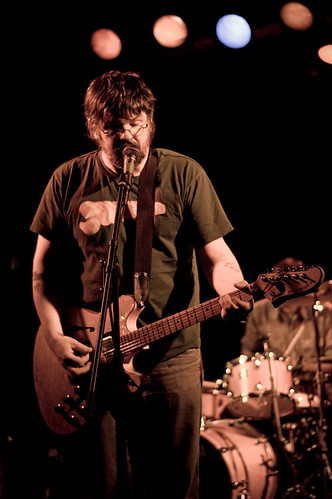 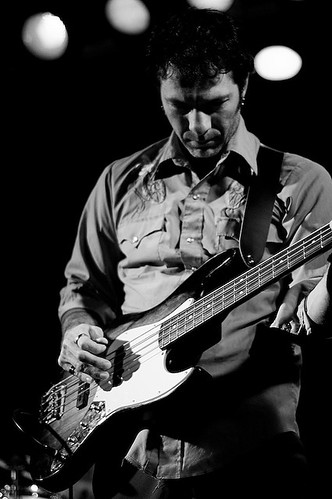 Perhaps we can blame the brrrrr weather for the lack of imaginary peeps there to see headliner, long-standing TIG faves The Elephants.

If you were made of braver, later stuff than us and stuck around for the entire four-band bill on a Wednesday night, please fill in all the imaginary readers. We heard a rumor that multi-instrumentalist/singer/cutie-pie Trevor Dickson was even spotted at the venue sober earlier in the evening. If you can verify, chime on in!