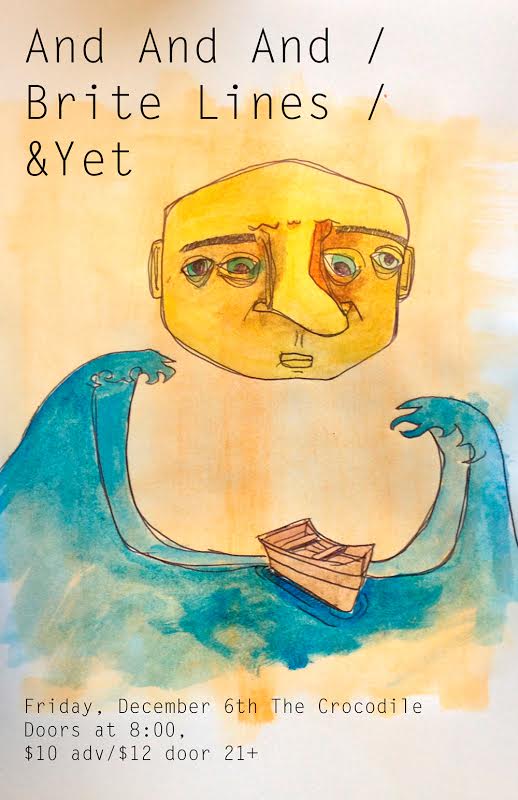 Mark your calendars, imaginary friends! Brite Lines, who stole the show at last year's Imaginary Holiday Spectacular {and are currently taking over the immediate internet with their recent mockumentary} will be middle slot at the Crocodile this Friday, and we highly recommend their set! Here's what we had to say about them last year, which still rings true today:

Brite Lines is fronted by our pal Zach Gore, and even in the band's simplicity, they span such a wide array of adjective from song to song (as evidenced on this year2012's EP Make Shift) that they're hard to sum up in a few short sentences. The music is earnest, rooted in New America; part haunted songwriter; broken-hearted and hopeful, with an all-encompassing catchy post-indie rock-folk vibe. Somewhere between the pain of breaking up with your last girlfriend and the day that the sun finally shines through the clouds on your face lies your allegiance to this band.

In addition to everything we know and love about Brite Lines already, you can hear a beautiful and evolving facet of their signature sound on a single that came out earlier this year, "Greenville, WA":

The foundation of Make Shift, in tandem with the angle of this new song, leaves us giddy with anticipation to what this band will do next. We strongly suggest you get yourself to the Crocodile Friday and check it out firsthand. Tickets are a mere ten dollars in advance and are available here.

We'll see you at the show!