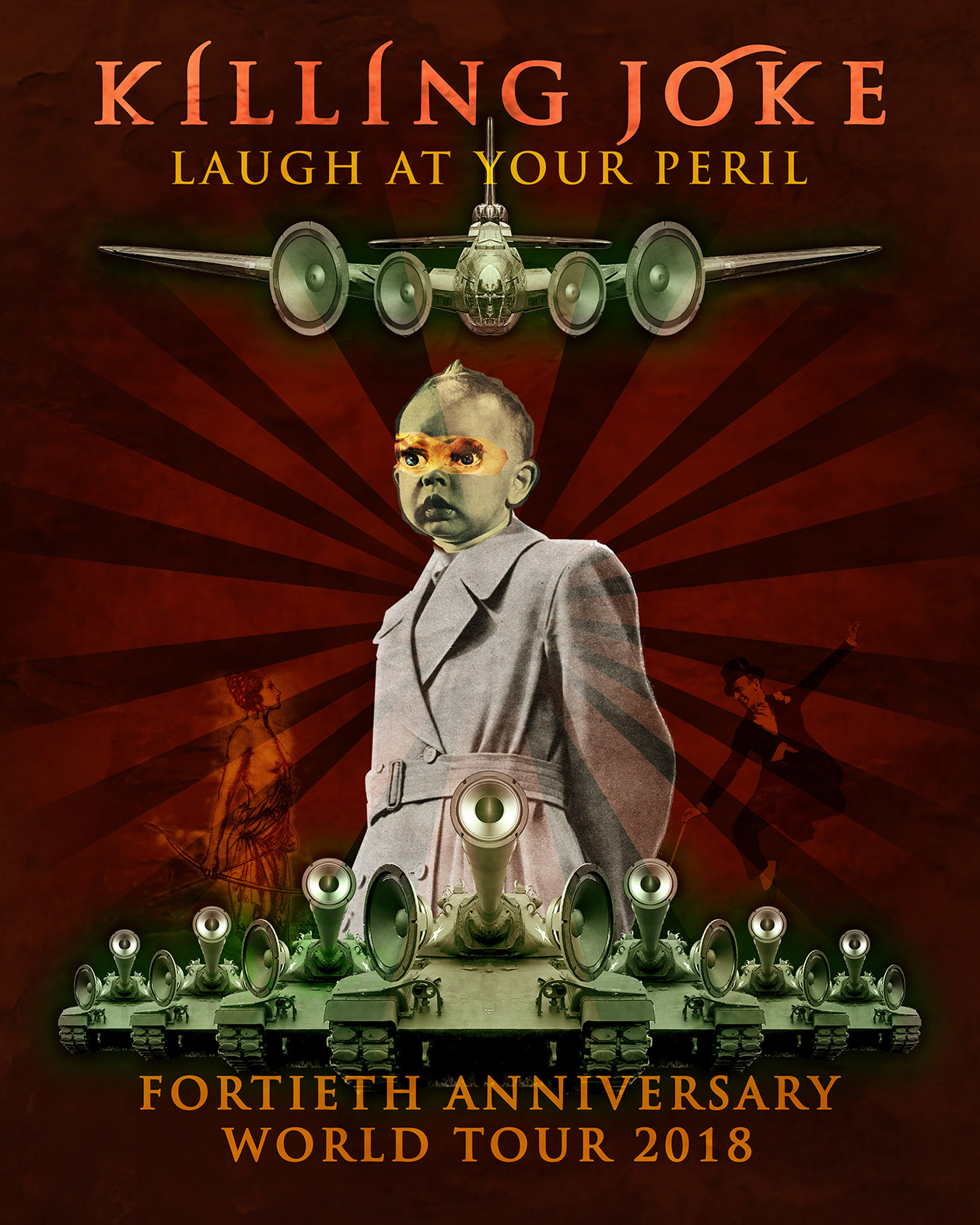 The iconic and influential post-punk juggernaut, Killing Joke, is about to embark on a 40th anniversary tour next month and Seattle is the very first stop on their world tour that contains concerts in North America, South America and Europe. The band includes the original line-up of Jaz Coleman (vocals and keyboards), Geordie Walker (guitar), Youth (bass) and Paul Ferguson (drums). This quartet was responsible for the first three sensational albums: Killing Joke (1980), What’s THIS For…! (1981) and Revelations (1982) plus their stellar debut EP, Turn to Red (1979). The four original members reunited and began recording together again about a decade ago and have released their three most recent albums: Absolute Dissent (2010), MMXII (2012) and Pylon (2015). With these six records and everything that is sandwiched in between, a career spanning set is likely in order for the highly anticipated show on Saturday, 1st September at El Corazon.

The period in between the beginning and current phase of the group, however, is just as important for anyone interested in Killing Joke. When Youth left, who was very dub and reggae inspired in sound, Paul Raven became their bass player from 1983 – 1991. His playing was more rock-oriented and punchy, which adds a different element to the records that he played on. Fire Dances (1983), Night Time (1985), Brighter than a Thousand Suns (1986) and Extremities, Dirt and Various Repressed Emotions (1990) are all essential Killing Joke albums that are just as great as the first three releases.

After a hiatus that saw the departure of Paul Ferguson and Paul Raven, Killing Joke reemerged in fine form in 1994 with the stunning industrial opus Pandemonium. The album saw the return of Youth on bass and is also up their among their very best releases. Two years later, this same incarnation of the band delivered Democracy (1996), an album that was a little more melodic, but no less angry and inspired than it’s predecessor. This record brought nearly two decades of amazing recordings to a close and rounded out the millennium. It’s rather difficult to choose a favorite album from 1980 – 1996. They are one of those bands where this can change every week.

Killing Joke has remained passionate, inspired, political and fresh throughout their forty year career. Geordie Walker’s guitar sound is truly unique and is instantly recognizable. Paul Ferguson’s heavy tribal drumming compliments the wall of guitar  and Youth’s stoned bass groove rounds out their innovative sound. And of course, there is Jaz Coleman, the intense, steadfast and formidable voice behind the band. “Laugh at your Peril” is the title of the 40th anniversary tour. This statement refers back to artwork from the early days of the band and is still incredibly relevant given the current state of the world. Whether you are able to laugh it off or are hiding in a basement or bomb shelter somewhere, be sure to at least make it out on the 1st for this concert.