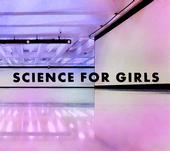 Some music is best enjoyed privately, not because it’s content is sinful or lascivious, but because it’s simply intended for consumption on an individual level, removed from the disruptive presence and criticism of others. With Science For Girls, NYC-based producer Darren Solomon has delivered just such a product – the latest in the summery, sleepytime subgenre. His allegiance to the mellow, unhurried electronica of Zero 7 and loyalty to the subtle, tropical lounginess of Seu Jorge impel one to push the sheets aside, lay down with arms wide and stare at the dark ceiling.

Ironically, while Solomon is the album’s driver, he is not its main focus. This self-titled debut is more of a platform for highlighting the vocal talents of his friends and fellow city-dwellers. Only one track actually features Solomon’s stamp alone. There are, comparatively speaking, very few production layers. Solomon never gets carried away into trance tangents, a sense of restraint that ultimately places the attention (rightly so) on the vocals.

Solomon’s studio treatment throughout the album plays up the smokier, softer elements of each contributor’s voice, adding a Dido twist to complement the sedated beats, and as a result every breath and whisper is nearly tangible. It is, however, men like Boots Ottestad (“Northern Lights,” perhaps the album’s finest track) and William Rottman (“Sonnet 96”) who succeed in distancing Science for Girls from the dangerous, lulling mediorcity of lounge jazz.

The darker, more brooding tracks win out, as well, giving the listener much more to contemplate in solace. “Sonnet 69,” despite being the most heavily produced of all the songs, concludes with an untampered piano line that points straight towards despair. The album stumbles noticeably at two points – “Australia” and “Peace Heart” – where inane lyrics momentarily clear the ever-so-pleasant soporific fog that Solomon brilliantly rolls in.

Despite the fact, Science For Girls succeeds in its obvious intention – to spin ethereal, colorful, casual electronica that proves more accessible and calming than the genre’s heavier players while simulateneously nodding to its frontrunners.