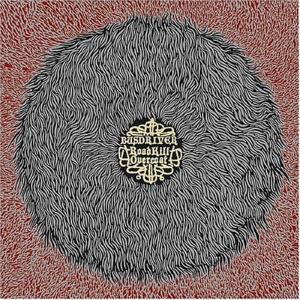 Well, this is my last iPod Roulette spin for a few weeks as I jet off to the continent for an conference. You’ll be enjoying a variety of guest spinners until I get back – I’m sure it will all be very refreshing to not have to hear me prattle on every day about how I can band X is underappreciated (i.e., just bad enough that only I could like them). If anybody has any grand suggestions about the things to do in Helsinki and Cologne, feel free to chime in!

Anyway, back to the matter at hand: today’s spin. “Secret Skin” by Busdriver is ridiculous, I mean he’s like Del the Funkee Homosapien on speed, tricking over his lyrics Busta Rhymes. Yet, at the core, he seems to be related more closely to They Might Be Giants than the Wu-Tang Clan, I suppose you could call it nerd hip-hop. Other members on this branch of the family tree are MC Paul Barman, Little T and One Track Mike, Blackalicious and maybe you could make an argument that Aesop Rock is a distant relative that split off during an ancient continental rifting. In any case, most descend from the likes of MC 900ft Jesus, Slick Rick and Aceyalone but the paths are obscured. “Secret Skin” is remarkably infectious, with a dreamy chorus connecting Busdriver’s rapid fire rhymes – I’m not entirely sure what the song is actually about, but you can tell that (a) Busdriver knows too much; (b) his brain works too fast and (c) it is not surprising that he’s been rapping professionally since age 13. So far, RoadKillOvercoat, the source of this song, has been one of the biggest surprises for me in 2007 (even if the cover creeps me out), it is a real sonic treat.

See you in a couple weeks!