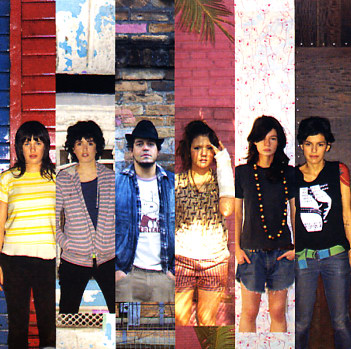 about a MySpace secret show in Manchester, England this Friday. If you happen to be on that side of the pond, all you need to do is add a bunch of profiles as friends, then put them in your top friends, then print it out, then fly to London, hand the print-out to the kid in the penguin suit in the middle of Piccadilly Circus, where in exchange he'll give you a key, use the key to open the door to a car (you just have to try every car you see until you find the right one), then drive to Manchester, and …

We're treating our MySpace friends to a double headline Secret Show in Manchester on Friday!

This special gig is the first MySpace Secret Show to be held in Manchester, and will be hosted at the Roadhouse on Friday 18th May – home to the city's edgiest club night Contort Yourself.

There will be full length sets from both us and Gossip!

The gig will be followed by storming electro, rock and disco into the early hours from Benjamin Benjamin, Gezmagus and Rick Davies.

You then need to show a print out of your MySpace profile to staff at Fopp on Brown Street, Manchester at 6pm on Thursday. The first fans to arrive in store will be able to exchange their profile for a wristband which will get you into the gig and the club night.