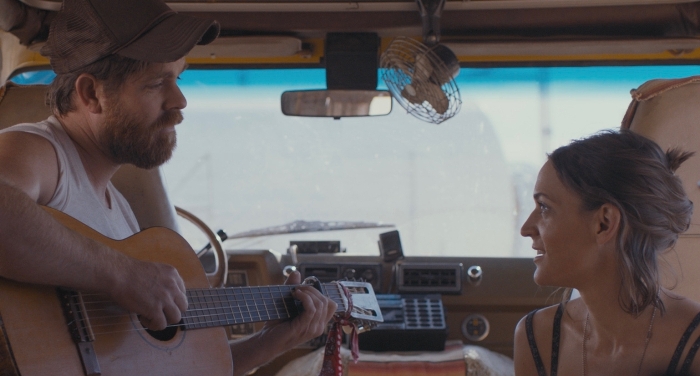 Hey, SIFF procrastinators! The next few days offer your last chances to partake in 2017’s grand cinema binge… until the “best of fest” program rolls around next weekend at the Uptown. (No idea what will be included in that lineup, but I’ll preview it for you when I find out.)

In the meantime, I can give a solid seal of approval to five very good films screening today through closing night, June 11. There’s ample opportunity to do something about your SIFF-slacking ways, and you won’t go wrong with these picks.

A Ghost Story
{6/9 9:30p Uptown; 6/10 2:30p Uptown}
I have issues with Casey Affleck, whose character in this film becomes the titular ghost, but I was eventually able to appreciate the delightfully languorous, white-sheeted driftings of said apparition. The tale of any haunting is about the haunted, too, one of whom is played here by Rooney Mara, quite effective as the widow of the deceased. As meditative as the experience is, director David Lowery (Ain’t Them Bodies Saints) manages a couple of very keen jump-atcha scares, and prevents a slippery third act from diminishing the cumulative chill.

American Folk
{6/9 9:30p Pacific Place; 6/10 3p Uptown}
I fell fast and hard for this huge-hearted indie about two strangers (musicians Joe Purdy and Amber Rubarth) who find themselves on an impromptu LA-to-NY road trip in the days following 9/11. He’s like a bulkier, ginger-ier Chris Pine. She’s like a left-coast Audrey Tautou. Their tale isn’t a romance, but it is a love letter to America, a twangy musical set against backdrops of amber waves and fruited plains and you and me and every single one of us. It might be just what we need right now.

Lady Macbeth
{6/10 9p Uptown}
Based on an 1865 Russian novella (so, not really about that other Lady MacB), this nasty little frolic shifts the action to an estate in rural England around the same period. The newly-installed lady of the house, stifled by her loveless arranged marriage to a bitter older dude, defiantly hooks up with a hot stableboy; the tryst is discovered, and subsequent scorn barely slows her down. A gleefully wicked piece of work whose sublime visual flair classes up the joint… but never too much.

Mr. Long
{6/10 9:15p Egyptian}
If there existed a “Tenderest Movie” prize, this lovely and satisfying film could easily take top honors in the Crime Flick category. A stoic, taciturn Taiwanese chef and assassin (!) hides out in a Japanese village after a job (of the hitman variety, not a catering gig) goes awry, and… well, goodness finds him, despite his best efforts, until inevitability comes knocking. Mono-moniker director Sabu takes us inward before moving sideways, visually and narratively, and the results are deeply moving. A stunner.

Quest
{6/9 8:30p Uptown; 6/11 11:30a Uptown}
This insightful, engaging, award-winning documentary — a POV production — covers nearly a decade (pre-Obama ’til early 45) in the lives of the Raineys, an African-American family in North Philadelphia. Issues of race, class, and privilege present themselves in the family’s daily struggles and triumphs, and a heartbreaking event reveals the film’s MVP, an embodiment of hope for a brighter American future.