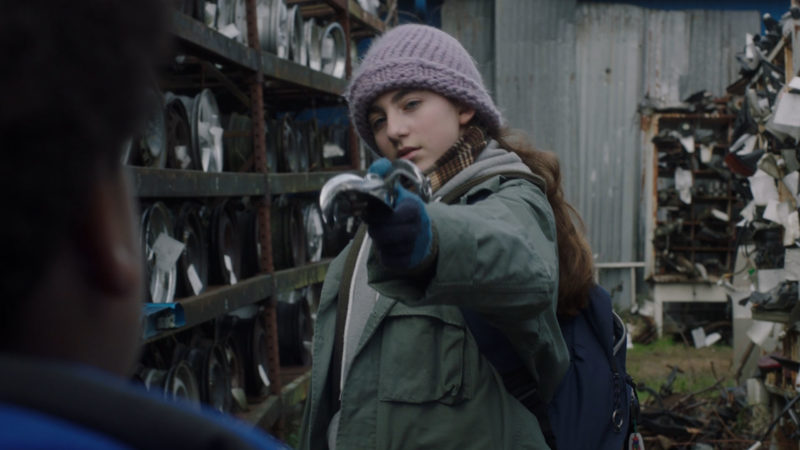 Who’s ready for another batch of films connected to the Puget Sound region? SIFF’s Northwest Connections program celebrates cinema filmed in and around Seattle, as well as homegrown filmmakers, cinematographers, and local actors.

Y’all know I’m a big fan of Megan Griffith’s films, and I am SUPER excited to finally see Sadie, her dark drama about a 13-year-old girl so fiercely protective of her absent father that she’ll do anything to keep her family together. {Sadie is being screened as part of An Afternoon with Melanie Lynskey on Sunday, May 27, 2:30pm — aka the event I bought tickets to as soon as they went on sale, but MORE ON THAT LATER — and again on Wednesday, June 6, 6:45pm at SIFF Cinema Egyptian}

The Faces of Zandra Rhodes looks SPECTACULAR! English fashion designer and style icon Zandra Rhodes has been rockin’ runways since the ‘70s and recently designed all the costumes for Seattle Opera’s production of The Magic Flute. I just have one question: how do I get to be BFFs with this amazing artist?!? {Screens Thursday, May 24, 6:30pm & Saturday, May 26, 3:30pm at SIFF Cinema Uptown}

I saw the short film that Prospect emerged from when it played at the Science Fiction + Fantasy Short Film Festival a few years ago and it was really good, so I’m pretty stoked to see the feature-length version of this Sci-Fi/thriller/family drama about a father and daughter searching for alien gems — and finding something else! {Screens Saturday, May 19,  9pm at SIFF Cinema Egyptian; Thursday, May 24, 4pm at SIFF Cinema Uptown, and Wednesday, May 30, 6:30pm at Shoreline CC}

There’s MOAR Sci-Fi goodness happening in Automata, a noir thriller starring Basil Harris as the hard-boiled detective and Doug Jones (!!!) as his sentient robot partner. I AM INTO THIS. SO MUCH. {Screens Sunday, June 3, 6:30pm at SIFF Cinema Egyptian, and Tuesday, June 5, 7pm, AMC Pacific Place}

Afghan Cycles, directed by Sarah Menzies, is about Afghanistan’s National Cycling Team, the first women’s racing league from that country — even though riding is still considered a “morality crime.” {Screens Sunday, May 20, 6pm & Monday, May 21, 4pm at SIFF Cinema Uptown, and Sunday, May 27, 1pm at Shoreline CC}

The Most Dangerous Year*, directed by Vlada Knowlton, is about families with transgender children banding together with activists and like-minded lawmakers against the wave of anti-trans rights legislation that swept the nation — including Washington State — two years ago. {Screens Tuesday, May 29, 6:30pm at SIFF Cinema Egyptian, and Saturday, June 2, 1pm at Shoreline CC}

*Full disclosure: The Most Dangerous Year & Return to Mount Kennedy are clients of Smarthouse Creative, where not-so-imaginary Amie is the Director of Marketing.