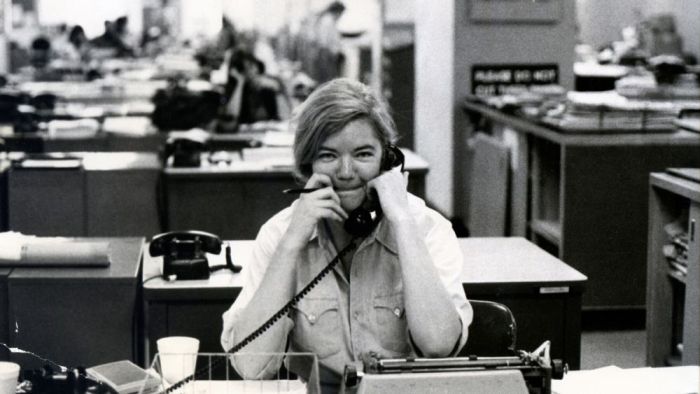 A luscious collection of Pacific Island stories, profound documentaries about forces of nature, and one of honoree Regina Hall’s breakthrough films are among my picks for SIFF 2019’s final week and closing weekend (5/31 – 6/9).

International Falls
{6/6 9p Uptown; 6/7 12:30p Uptown}
Dark, quiet comedy that reminded me of Anne Tyler novels in which unfulfilled female protagonists take breaks from their lives, departures that seem both sudden and overdue. International Falls is set far from Baltimore, though, in the titular Minnesota border town, where a burned-out, passing-through road comedian (Rob Huebel) meets a dispirited local wife and mom (Rachael Harris). The hijinks that ensue are on the glum side, but they’re never uninteresting, and they get more “ha-ha” funny as the narrative gets more acerbic. This film almost seems custom-made for SIFF audiences in the year 2019.

Kifaru
{6/3 4:30p Uptown}
The good people of Kenya’s Ol Pejeta Conservancy have dedicated their lives to preserving kifaru – the Swahili word for “rhinoceros” – and fighting the illegal wildlife-hunting trade. Ideally rhinos wouldn’t have humans in their lives at all, but their tusks continue to fetch huge prices (and, shockingly, are legally bought and sold in much of the world); protecting these magnificent creatures is not an easy undertaking. The star of this documentary – a beautifully photographed affair, with an effective macro-to-micro visual strategy – is Sudan, one of the world’s last living specimens of the northern white subspecies. His tale is intensely moving, a reminder that our big blue world is hanging on by the tiniest of threads.

Raise Hell: The Life and Times of Molly Ivins
{5/31 7p Uptown; 6/1 12:30p Uptown}
Quite possibly the funniest film you’ll see at SIFF 2019 is Janice Engel’s lively, joyful doc that follows journalist Molly Ivins’s career from Houston to Minneapolis to Austin’s lefty Texas Observer to The New York Times (the phrase “gang pluck” will never leave my memory), and then back to Texas, syndication, books, nationwide fame. All while the civil rights movement, McCarthyism, multiple Bushes and 9/11 were happening. Media enthusiasts and transplanted Southerners (I am both) will probably have an extra-special appreciation for the subject and the humor. But I dare anyone to watch footage of Ivins’s public appearances and not find it better than some standup you’ve seen. She was smarter than anyone you know, and an absolute scream; more than a decade after her death, her voice continues to speak resonant truths that feel fresher than ever.

Sakawa
{6/1 9p Pacific Place; 6/4 4:30p Pacific Place}
“Sakawa” is a Ghanian term used to describe online scam schemes – via dating sites, or active data recovered from discarded e-waste, and sometimes involving a bit of actual witch-doctor voodoo. In this blunt, compelling, startling documentary, Belgian-Ghanaian director Ben Asamoah portrays his subjects – the perpetrators of the frauds – without judgment, allowing the audience to observe them getting by, not getting rich, making clear plans for putting their income to use. Narrative threads reveal themselves with delicacy and nuance, providing insightful moments of access to a world that’s largely unglimpseable.

Support the Girls
{6/2 2p Egyptian}
SIFF 2019 tributee Regina Hall is amazing in a star-studded ensemble – Haley Lu Richardson, Shayna McHayle, and James LeGros are in there, too – as the take-no-shit manager of a struggling, Texas-based highway breastaurant. The film’s action takes place over one long, challenging day, and indie director Andrew Bujalski leaves a lot of his mumblecore business out of it, successfully charming the viewer as Hall’s character nurtures and protects her ragtag staff. Funny sweetness abounds.

Vai
{5/31 1p Uptown}
Eight related-ish vignettes directed by nine Indigenous female directors from the Pacific Islands, each led by a different regional actress, each playing a character named a variation of the word vai—”water” in Maori. This is a sequel of sorts to last year’s Waru; while its predecessor’s tales all surrounded one particularly tragic death, Vai celebrates the fullness and fluidity of life. Ritual and custom are gloriously front-and-center, stirring and powerful even if they don’t happen to be your own. And, of course, the water-centric South Pacific locales are stunning to behold. A refreshing tonic of a movie, pure anti-toxicity therapy.

2040
{6/2 1p Shoreline}
Hybrid documentary, partially set in the future, in which director Damon Gameau imagines a utopic year 2040 that might come to be… if we embrace existing solutions to improve our dying planet. Gameau invites us, along with the children he interviews (i.e., the inheritors of this mess) to dream of a better tomorrow. Simplistic as that sounds, the film works nicely much of the time, and might be a remedy for the gloom a lot of us seem to be feeling these days.

As the Earth Turns
{6/1 2:30p Egyptian}
Nothing to do with the similarly-titled CBS daytime soap, but maybe just as overripe, this long-believed-lost 1938 silent film, shot in the Seattle area, tells of an apocalyptic future conflict that could devastate the planet. It was the final film in director Richard Lyford’s “amateur” period (before a tenure at Disney, and multiple awards for documentary work) during which he made some of the first-ever indie films. This restoration includes a new score that’s a bit too faux-orchestra synthesized for my taste – but we can’t always have Tedde Gibson on the Paramount Wurlitzer, I suppose. Anyway, the movie is only 46 minutes long and it’s an interesting archival curio.

This is Not Berlin
{6/2 9p Uptown; 6/6 4p Egyptian}
Inventive Mexico City teen Carlos questions the mid-‘80s conformity of the city’s upscale suburbs. When he and his best friend Gera are invited to see Gera’s cool sister’s cool rock band at an infamous (but cool!) avant-garde club, they find an antidote to their disillusionment as they’re introduced to a less-inhibited world; the city’s sexually fluid, neon-lit, New Wave subculture – rife, of course, with its own problems – serves as a refuge from pervasive toxic machismo. There are some really good performances here, alongside cool (!) art and music, but like a lot of autobio coming-of-age films, it’s a tad too precious with its nostalgia and a bit too long for its own damn good.