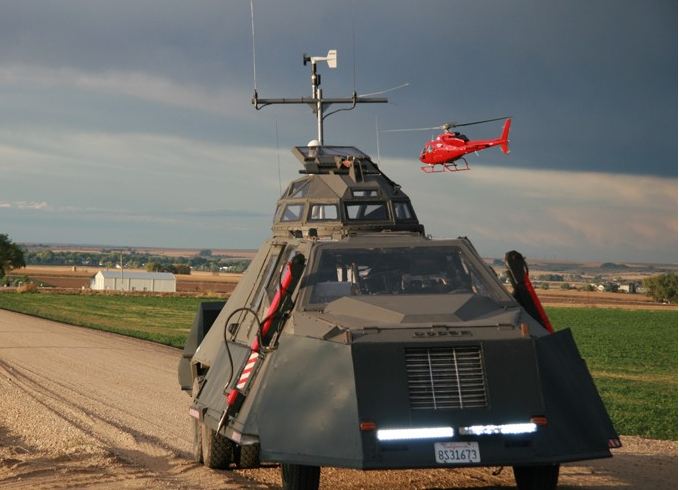 Tornado Alley is pretty standard IMAX documentary fare: extremely well-produced, slightly slender on detail, and laden with breathtaking shots of its titular subject—in this case, tornadoes. Bill Paxton narrates. Besides showing a lot of 6-story shots of tornadoes and vertiginous views of roofless houses, the movie follows two teams of storm chasers, often aiming for the same storms but with radically different goals.

The first team is a government-funded research squad called Vortex 2, with a fleet of radar equipment and a bunch of adorable/awesome-looking standalone data gathering pods that they deploy in coordinated missions, like nerdy soldiers. Their goal is to surround the storm as completely as possible to gather as much data as possible, and ultimately better predict when tornadoes will form. The second is led by Sean Casey, the guy from Storm Chasers on Discovery. He’s built a tornado-chasing tank designed to hunker down so that they can get inside of a tornado. 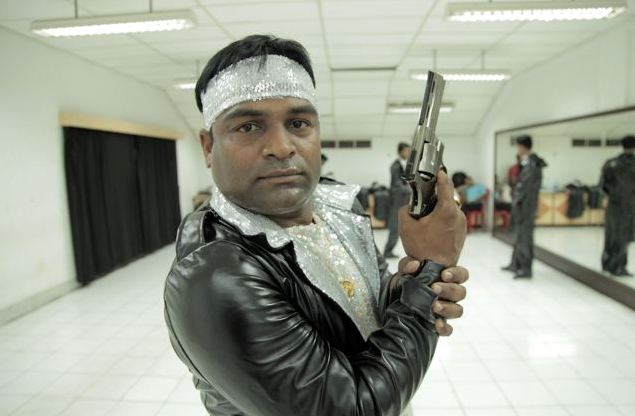 It was kind of a mind trip to see this one right on the heels of The Bengali Detective, which was its opposite in just about every material respect. It’s roughly edited, tonally inconsistent, and a little bit hard to follow. The music is heavy-handed, and the movie occasionally veers a smidge too close to mocking its subject (though it clearly doesn’t mean to). But it was also persistently fascinating and deeply touching, and hard to shake even days later.

The film follows a Kolkati private detective named Rajesh Ji through roughly a year or so of pursuing several cases and living his daily life with his young son and diabetic wife. The director Phillip Cox says he spent a long time looking for a subject for this documentary—he knew he wanted to follow a private detective—and he really hit the jackpot with Rajesh. He is an awesome subject for a film. He’s moral, driven, conscientious, thoughtful, and a good leader. He has dreams of being a dancer, and he’s heartbreakingly dedicated to his family.

Each plot element is interesting enough on its own, but where the film really shines is where it lingers on the characters long enough to illuminate what it’s like to live in Kolkata. We see families cooking dinner, playing in the park, watering plants, and going through photo albums. We also see mourning rituals, cremation, and incarceration. I’m totally amazed that the filmmakers got the access they did, especially given the subject matter. One man is locked up essentially on the word of the people who caught him—we see no jury or trial, just a surprisingly civil conversation between a bureaucrat police officer and the accused, at the end of which he’s just thrown in jail. It’s a shocking level of powerlessness. Maybe sort of like watching a tornado take down your house, maybe.