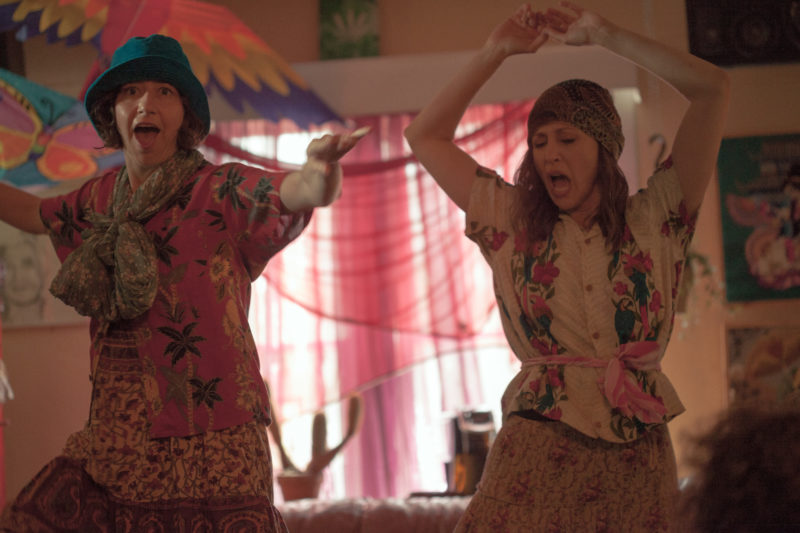 In Boundaries, writer and director Shana Feste introduces us to Laura (Vera Farmiga): a woman working through some serious family boundary issues, and a rescuer of animals with special needs. Like, a LOT of them. Just when she’s feeling ready to be more independent, two things happen: her son, Henry, (Lewis MacDougall) gets kicked out school, and her father, Jack, (Christopher Plummer) gets kicked out of his senior community — which kickstarts a scenic road-trip from Seattle to Los Angeles in order to relocate Jack to her sister JoJo (Kristen Schaal!!)’s tiny studio apartment on the beach.

Boundaries is one of those rare films that combines humor and drama in an almost seamless way, so it feels both light and heavy at the same time. Keep your eyes peeled for some gorgeous coastal sights down Highway 101, and for an excellent cameo by Christopher Lloyd. Also, I would watch an entire movie of Vera and Kristen lip-syncing and dancing together.

{Boundaries screens at SIFF Friday, May 18, 6:30pm at Lincoln Square Cinemas, and Sunday, May 27, 5:30pm at SIFF Cinema Uptown. Tickets are currently on STANDBY for both screenings; Director Shana Feste and Actor Vera Farmiga are scheduled to attend the Uptown screening}