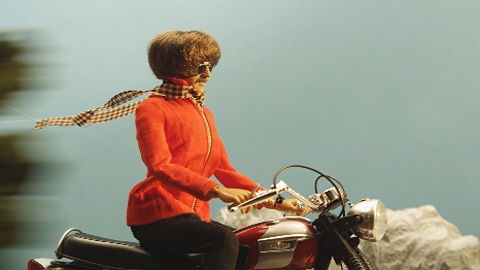 There are lots of ways to make your own personal festival out of SIFF. Maybe you only want to see German films, love stories, or animated escapades. One niche that SIFF carves out into its own show-within-a-show are short films. While some shorts will screen before features, a collection of the really good stuff has been grouped into a weekend of mini-film festival goodness. Beginning on May 27th with Shortsfest Opening Night and concluding on May 30th with Shortsfest Closing Night, you can spend your entire four day memorial day weekend watching these bite sized pieces of cinema. And at $100 ($75 for members) it’s one of the most inexpensive pass options going this year (individual tickets also available at SIFF.net or the box office).

The films are grouped up into rough themes and screened in sets of 5-10 per 90 minute (or so) block. I’ve been lucky enough to watch five of the packages so far. I always enjoy throwing a few shorts sets into the SIFF mix, as you’re almost guaranteed to like a few of them. Watching shorts to me is akin to Seattle’s weather. Don’t like it at present?, that’s OK, just wait 15 minutes. As someone who has traveled specifically to shorts festivals such as the scorcher that’s Palm Springs Shortsfest in late June, I can happily report that this year’s Seattle offerings are some of the strongest I’ve seen to date. The hit to miss ratio is very satisfying. Even if you don’t normally like shorts, I’d really encourage you to pick a package that sounds good and give it a try. Odds are you won’t be disappointed.

Below are some brief notes of the packages I’ve seen with callouts for some of the most positively memorable contributions. All the packages have more films than I’m mentioning – it’s likely your highlights may be different than mind, which is a big part of the fun.

The opening and closing night sets don’t necessarily follow a theme. The programming goal seems to be something for everyone. While that’s sometimes a recipe for noone loving the experience, the quality is so high that both these packages are packed with winners. Opening night’s set establishes a high bar for quality with every single one of the films holding my attention. The first standout, Careful With That Crossbow, may be familiar to folks who’ve attended shorts sets in the past. It’s the latest entry in the ‘Careful With That ….’ series. The pattern of these New Zealand favorites is consistent. Set a young child alone with a dangerous item and watch parents cringe and the child-free laugh loudly. In this case it’s a young boy, his younger sister, and apple and….well you get the picture. Later in the set is the hilarious We Are What We Drink, which while set in the UK, seems to be perfect for Seattle. A series of customers are rapidly reduced typecast via their order by the most passive aggressive barista you’ve ever met. I challenge you not to hear her call a “short fat bald with a small prick” next time you’re buying a coffee. The set ends with the relatively rare short film from Iran, The Wind Is Blowing on My Street, which chronicles the a young woman from Tehran locked out of her apartment sans head scarf. Brightly shot, what sounds like it could be a film with a terrible outcome is both a critique and a possible relationship origin story that’s well worth a look.

I’d imagine that festival programmers (particularly in the shorts category) spend a fair amount of time remarking “WTF?” while screening films pre-fest.  This year they’ve decided to share the most positive of those experiences in one session. This wasn’t my favorite of the bunch, but I think it’s still worth the risk if you enjoy the unusual as at least a few are going to align with your own private freak flag. The huge standout for me was Brick Novax’s Diary. Described as “International super-legend Brick Novax records his amazing tales to preserve his legacy as the coolest guy in the history of the world” it comes as close to the articulated experience as anything shot with Ken style dolls and miniature sets is likely to ever gonna get. Time Freak, the final film in the session is a fun take on time travel that points out just how hard it is to get a personal interaction right, even when you have A LOT of prior knowledge to work with. Oh, almost forgot – if you like bizarre dance-offs with a touch of glitz and period costumes (mixed with a serious dose of WTF) you could probably do far worse than The Burning Wigs of Sedition.

Billed as “a pulp-style anthology of nightmarish creatures, twisted fantasies and merciless vengeance”, the package is true to the stated intent. Jammed full of goodness – though given the subject matter, may be more divisive than many. The without a doubt fave for me was The Legend of Beaver Dam, which if you like genre horror musical numbers, makes this package must see. I caught this one at Fantastic Fest last September, but enjoyed it just as much this time around. On a camping trip one of the worst counselors of all time begins an evening musical retelling of the legend of “stumpy Sam” a one armed crazed killer who lurks in the woods. Things get intense, and musical in unexpected ways. The Dungeon Master falls into the category of powerful cautionary tale and wisely suggests you taunt geeks at your own peril. The 2/3 of the film devoted to setup is well worth the payoff. Protoparticles is a small form version of the great recent trend of simple, low budget human drama wrapped in a sci-fi concept. Beautiful to watch and unexpectedly touching. Chum brings a nice noir-ish “you get what you deserve” twist to the proceedings while answering the question “why is there so much blood in the swimming pool?” Finally there’s Moving Day where a young girl moves into a beautiful country house estate only to have some unexpected fairy guests at her first tea party. Before you know it there’s a flamethrower involved. ’nuff said.

A collection of the unusual, these shorts range from the fascinating documentary Library of Dust to the super-fun Waiting for Gorgo, with a helping of Angel abuse thrown in (Pillow). Library of Dust recounts the discovery of thousands of corroding copper urns at an Oregon State psychiatric hospital containing the cremated remains of former patients. It’s a documentary that sounds bizarre, but it pretty hard to forget having seen it. Initially I was not at all intrigued by the description, but it turned out to be an interesting doc piece in an otherwise wholly dramatic mix for me during Shortsfest previews. Pillow is a stylistically very well done southern gothic tale that demonstrates how two brothers will literally violate the bounds of heaven to give their demanding mother a better night’s sleep. My guess is this one might have made the Thrilling Tales of Astonishment package except that it’s final hook is too similar to that of Blinky (™). I really, really dug the film Waiting for Gorgo. It presents a dialog rich discovery by an auditor of two elderly employees of the British ministry of defense in a long forgotten department. The pair may or may not be society’s final defense against the next monster driven apocalypse.

The focus here is on sweet, fun and dramatic. There are heart-breaking films in the mix (North Atlantic and Danny & Annie), but even those are somehow a bit wonderful at the same time. Things start out incredibly strong with Cataplexy, one of my faves of Shortsfest. An awkward start to an evening sets the stage when a fellow’s ordered in companion turns out to be an old classmate. Things go in a somewhat predictable but satisfying direction. I don’t want to say more, but for me a well calibrated piece of mini meets cute, high-concept romantic comedy. Things continue along smashingly with a second romantic themed piece of play (Connect) and then the achingly sad yet sweet animated doc about an elderly couple (Danny & Annie). Steve, starring Keira Knightley and Colin Firth as you rarely see him, bring a bit of star power to the proceedings. Super. Full. from India closes off the package with a tale about a gas station attendant who promises his wife a birthday dinner at the luxury hotel next door. Ending in a way that’s all too personally familiar to me from such aspirational meals. You’ll end the shorts weekend with some very solid stuff that takes you in 90 minutes through the range of human emotions.

That’s only five of the eighteen shorts packages this Memorial Day weekend. Tickets and passes are on sale – what are you waiting for?