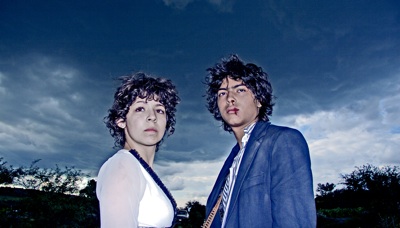 Starting out with a revenge fantasy, Voy a explotar quickly gained my interest only to lose it soon after the two troublemakers met. Roman's (Juan Pablo de Santiago) scarred from his mother's death and blames his dad for everything wrong with his life, and Maru's (Maria Deschamps) missing a dad and on the path to self-destruction. The lack of parental interest on both sides leads to them finding a common connection.

It’s a classic "discontented teens running away to a new & better life" story – but I feel like Director Gerardo Naranjo spent a little too much time focusing on the ennui these two shared, and the writing played into predictability just a bit too easily.

Still, the performances are top-notch – the two leads do their characters justice with youthful honesty – and the ending sort of saved it for me. Worth a look if you're a fan of the genre, and I'll admit: the cinematography was almost flawless.

{I’m Gonna Explode plays one more time at SIFF tonight, May 28 at the Harvard Exit, 9:30pm}