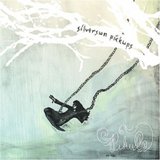 First things first, a helpful hint for all those reading this aloud to themselves: Pikul is pronounced Pie-Kull. It doesn't rhyme with "tickle" but it does rhyme with "cycle."

Silversun Pickups are an up-and-coming-fast indie group with a sound both gamut-running and competent in its performance. Their music is at times as easy-flowing and melody-centric that an Avril Lavigne analogy is as possible as it is unexpected.

The all-over-the-place quality of the record is most likely due to the record's being a collage of various sessions from over the past years. The inside cover gives four different years of copyrights. 2002-5. Given this, the record is remarkably well pieced together in terms of sound quality; none of the tracks seems less or more produced than another, a trait of compiled records as annoying as the mispronunciation of the record's name. (PIE-KULL!)

Opening track "Kissing Families" is easily the best track on the record. From the driving 4/4 beat that seems to be the foundation of every track on the record to screaming, androgynous vocal lines, "Well sure as shit I made a mistake/ kept looking forward I bounced sideways." The track succeeds in a way that supersedes any misgivings about the band that later tracks may conjure.

A track or two later and the Pickups have their droning, early-Smashing Pumpkins fuzz distortion seep into their ears and through to their moods. Tool or Nine Inch Nails are the easiest jumping-off points from which to make a description, and indeed if it weren't for the pop sensibility of the first two tracks ("Kissing Families" and "Comeback Kid") the record would seem much more introspective and brooding. Think if Trent Reznor spent more time in a surf shop, and you'll be on the right track.

In the songs "Booksmart Devil" and "The Fuzz," the tempo exits and the thinking begins. A hypothetical audience stops tapping their feet and either exits to get a stronger drink or begins swaying back and forth, eyes half open or half shut, depending on which way makes it seem more pessimistic. Neither of these tracks is suited for an individual's listening pleasure, however as music to "chill to" (as the kids say) it would be a pleasurable "chill out" time.

"Creation Lake" and "…all the go in betweens" end the record. The former brings a Nico-like female vocal line to the front, backed by a lovely and clean electric guitar that is joined, as expected, with various string-type keys, soft drums and keys. It is beautiful yet lacking any suspense or surprise. The latter track is somewhat more formative than the last, but seem to be from the same creative space as the last. A mellower, less punkish version of the Silversun Pickups than we are given on "Kissing Families."

Overall, the record possesses a quality of talent and potential that should have anyone watching out for a Silversun Pickups full-length or live date. It's a subtle rock and roll EP with gargantuan potential written all over it; they give us the highlights of four years' progression and maturation.