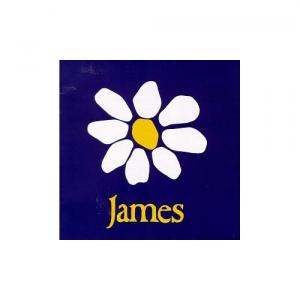 "Sit Down" (Live in Manchester) by James

Sometimes it is forgotten just how popular a band was after they disappear from the scene. James, in their hey-day, were huge in the UK and this live version of their hit "Sit Down" is proof of this. It sounds like it was recorded in front of 100,000 people and they all, each and every one of them, know all the lyrics to the song. The song itself is one of my favorite James songs (too bad most people in the US who have heard of the band only know "Laid"). Although they sound somewhat dated these days and the song is filled with dimestore philosophy that really appealed to me in high school (e.g., if I hadn't seen such riches I could live with being poor) they have a number of things going for them. First, they really do know how to write a pop anthem (I'm guessing the lack of this song on the NME Indie Anthems was that James weren't on an indie lable in the UK but it is an anthem if ever I heard one, especially when you hear the crowd continue singing the chorus of the song for almost 2 minutes after the band has stopped playing. Secondly, James was blessed with one of the best singers of early 90's Brit Rock scene in Tim Booth (along with Rob Dickinson of the Catherine Wheel and Mike Edwards of Jesus Jones). The live version of this song is probably about 10,000 times better than the studio version because it captures an energy you could never get in a studio – everyone, the crowd, the band, Tim – they're completely wrapped in the song as if nothing else mattered. Add it together, you have a performance that captures a moment in the British music scene where James ruled supreme and everyone was clammoring to sit down next to them.

(And thanks to the lovely Imaginary ladies IgLiz, IgDana and Betsy for filling in so aptly in my absence.)