Slightly cloudy with a chance of falling eyeballs: Yeah Yeah Yeahs at Bumbershoot 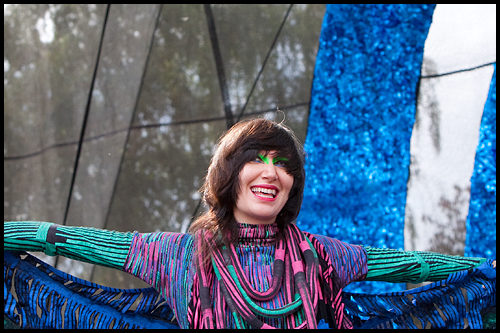 Sunshowers and bleachers. Red and blue Samsung balloons were being kept in the air by palms attached to distracted bodies. The attention of the crowd too busy staring at the sound crew on the main stage, readying themselves for the cheer that they were to send up shortly as Karen O took the stage, shortly after the understated Nick Zinner and Brain Chase that are the ever-talented and too-cool-for-school members of Yeah Yeah Yeahs.

These musicians are performers. Or at least, they understand the nature of their stage roles. As they played hit after hit and Karen O mustered the most sincere love for Seattle’s Bumbershoot audience, I found myself wondering if Karen O could be considered one of the only current day rock stars. Maybe it was just because she danced like Mick Jagger at moments, maybe it was the way she walked off set half way through the set for a slight costume change, either way I found myself realizing that, whereas I was disappointed when Mirah dropped a lyric or didn’t hit a note, I didn’t mind when Karen O’s stage antics led to losing some of her vocals because of her entertaining performance. 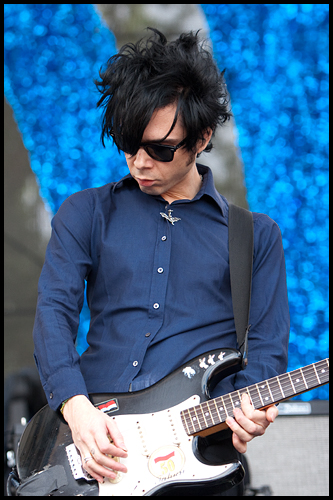 In the last quarter of they set they pulled out all the stops; the giant blow up eye ball balloons were sent out over the crowd and they played their most recent single, “Off With Your Head,” followed by “Y Control,” “Maps” (where Karen O pressed the mic to her heart at the end of the song), and closed on the amped-up “Date With The Night.” At one point Nick Zinner used his phone to take a picture of the crowd, but for the most part Zinner and Chase were not attempting to make a spectacle of themselves. One could envision a No Doubt scenario where the band gets upset because the lead singer gets all the attention, but something tells me the Yeah Yeah Yeahs have their dynamic down. They understand exactly what it is that is so winning about their combination that almost the entire front half of the crowd at the Samsung stage was dancing despite the intermittent rain. 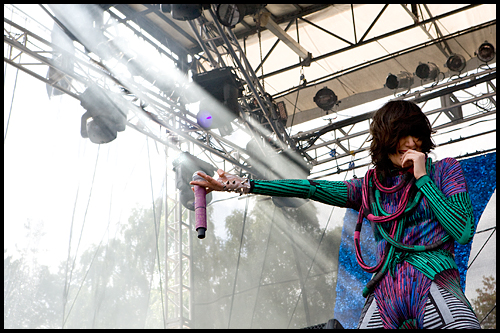 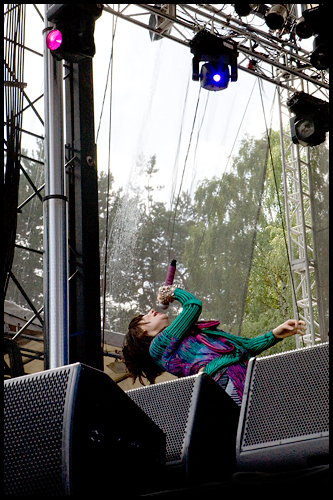