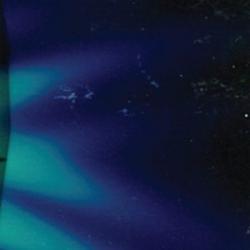 Some Of Us Are In This Together

I love and hate the bipolar skronk of Triumph of Lethargy Skinned Alive to Death. I have ever since I bought their “Diamonds In The Mine” (a Leonard Cohen cover) 45 at Easy Street Records a few years ago. That first bitter taste of their smeared mediation between old world magic and new chaos, between folk and punk and noise and song and anti-song, can be found in their hasty approximation of a song based on moral outrage and spat out brusquely.

Years down Highway 99, after a smattering of releases and a sputtering of shows, on the new Don’t Stop Believin’ full-length Some Of Us Are In This Together, the dead hooker’s bruises still haven’t healed. Who can expect them to? Triumph of Lethargy Skinned Alive to Death is as cold as they come. It’s still-born squalor, between abyss and existence. The ten tracks on Some Us Are In This Together are as tribal-loyal, exclusive, paranoid-defensive, and elitist as the LP title sounds. Drummer Andrea Zollo (ex-Pretty Girls Make Graves) is at the center of the activity, pounding away like an embittered Moe Tucker pummeling on an abusive boss’s balding cranium with a Walmart price gun, allowing Corey J. Brewer (guitars, Cold Lake) and Joel Cuplin (bass, Constant Lovers) to churn death-pasta into a bile casserole.

I actually respect vocalist Spencer Moody following up his classic rock band Murder City Devils with this, certainly an archetypal PiL to his Sex Pistols, improvised and conceptual, not surf nazi jock rock for wastoids. Morality is just another weapon in his songs, bleating and hoarsely demanding: “Hey Asshole,” “Don’t Lust After Other Women,” “If You Believe In Blood.” Notice how those song titles kind of lead up to a full statement? As the bio says, “Triumph of Lethargy Skinned Alive to Death do what they want, tour when they feel like it, and will never, ever break up.”

Do I want them to? No. Do I want them to add a little & Nico to their White Light/White Heat? Yes. I have trace memories of lovely psyche-pop streaming out of the clanging and raging in the basement of the Cha Cha before a mutual loved one died. (Maybe that’s saying something right there. Maybe I imagined it.) That’s evaporated, if it ever existed. No sassy “Femme Fatale” for these foes, it’s all feral “Sister Ray” now. Well, we’re in deeply hungover times, covered in rashes, and somebody lied to us.

Just remember, kids, Jonathan Richman heard something else in the Velvet Underground in that scrawling seventeen minutes too, and made a “Roadrunner” out of it. You’ve just given us a full length of misery, now how about seven more inches of pleasure?