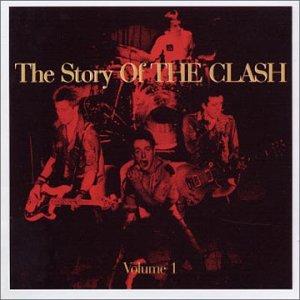 "Somebody Got Murdered" by the Clash

Sometimes it would be nice to write an entire column based on the fruit that reminds me of the band in question. I think people, well, you the readers, are interested in what sort of foodstuffs can be associated with the bands you love. I should be seen as a waiter in your restaurant of sound, so maybe restricting it to fruit would really not do most bands justice.

For example, “Somebody Got Murdered” by the Clash is not a fruit. Well, if it was, it would have to be a rough and tumble fruit that might have sat around on the floor for a few weeks – maybe like a prickly pear that got lose during a very good sale on papayas. When “Somebody Got Murdered” came up and started playing, I actually initially thought it was the Replacements and was expecting to hear Paul Westerberg’s scratchy howl to pierce through the guitars – I’m not sure what that says about this song beyond the idea that it is one of the most American-sounding Clash songs – like the Clash meets Bruce Springsteen in a dark alley with a steel pipe. Now, really, how could you describe any piece of music like that with a fruit? This is more like cheap beer in a glass bottle that makes a handy weapon if you’re backed into a corner. I hear it goes lovely with a side order of Madness to balance out the angst, or maybe a nice 1979 Buzzcocks if you want some more kick to your diet. Bon a petite!