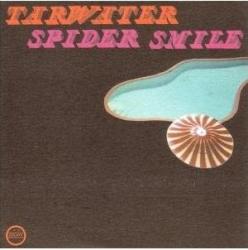 German electronic music terrifies me completely. In the same way, German philosophy and design generally make me feel like life is just one big doctors office. I guess it’s because I never understood why some German people have to think of lengthy and complicated explanations of the things around them before they deem themselves completely ready to accept that the things really exist. They break down things to their most primary “meaning” and then show them to the rest of the world in a different light than they were seen in originally. In short, Germans have a knack for finding “truth,” by examining things down to their innermost core. They will let you know that a chair is a surface you sit on that is sometimes elevated from the ground, even though, a chair is just a chair is just a chair. In short, the idea of rethinking something that need not be thought about too deeply is disarming to me.

Tarwater are Germans and they have been making electronic music with acoustic guitars in it for more than ten years. The songs are very dark, like the name, Tarwater, suggests. There are vocals in English, but they are usually rambling and/or repetitive spoken word passages about things like the city or sun. “The sun is coming up, and the sun is coming down,” is repeated at will in “Arkestra,” but not in a U2 way, where the speaker (Bono) is trying to tug at your heartstrings. To most casual fans of the sun, it really makes us happy because it is bright and shiny and makes us tan or whatever. To Tarwater, it seems that the “sun is coming up and down” just because that is what it does, and in case you didn’t notice, the sun is very serious. Why is it the sun serious? It is serious because under the vocals of “Arkestra” there is a bed of music that involves some birds chirping, an acoustic guitar, and, oh you know, just a sample of some heavy drilling. And while I remain terrified by this music, I must give it up to Tarwater for effectively not tugging at my impressionable heartstrings. It really does get exhausting when bands try to get you to feel something.

Isn’t it sort of comforting not knowing what the hell these guys are really getting at? The music is pretty. The rhythms of Spider Smile are generally made up of sampled acoustic drums mixed with strange sound effects (like drills, or birds, maybe even an occasional object being dropped onto the floor). It is very driving and repetitive music, but for all of its driving, it sure does not get very far. And it is not a driving feeling in the way that it makes you want to drive a car quickly on windy roads. It is the sort of driving that makes one want to drive a car slow and steady through a dilapidated suburban sprawl.

At times it even sounds like Spider Smile is an album about driving around America at a slow pace. In “When Love Was The Law In Los Angeles,” there is a desperate feeling of the decay of something that was originally supposed to make people feel good. I can understand this feeling, however vague and opaque the lyrics of Tarwater may be. America is terrifying. German electronica is terrifying. Mix the two, and you have a terrifying world that is ready to be reexamined.

Tarwater’s reexamination ends up being one that is dismal, perhaps, but one that is also beautiful. Just because depressing music is characteristically depressing does not mean that it cannot also sound sort of nice. I guess thoughtful indifference can be a great substitute for bombast if the music calls for such treatment.