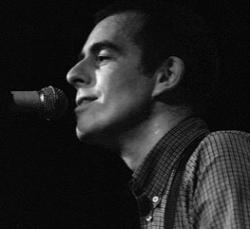 Opening for an eager crowd of Ted Leo fans, the pulsing, “chop-those-vegetables!” edge to the Intelligence's sound was of high caliber, though the occasional monotony of the songs took its toll on the impatient Seattle audience. Nonchalantly, the band pressed on through their whole set with nary a momentary pause or word.

Following the Intelligence, I was pleasantly surprised by the entrance of Portland band Quasi, complete with drummer of now defunct local act Sleater Kinney, Janet Weiss. Vocalist Sam Coomes’s “fragile musical instrument” threatened to topple with every chord he pounded as Weiss’s extravagant skins added to the mix to create an intricate amassment of sound. I’m a sucker for any band with a great percussion section, and a great percussion sect is exactly what Quasi had.

Quasi’s obtuse and undeniable Dinosaur Jr. slant was quite the departure from the act just previous, and Ted Leo was about to stray even farther from the night’s lead, in the best way possible! Meanwhile, the all-ages crowd humbly awaited their medication from Ted and his Pharmacists…

The Intelligence. Photo by Chona Kasinger.

The Intelligence. Photo by Chona Kasinger.

The taffy-kneading, Sour Patch Kids pop (first salty, then sugary!) of Ted Leo and the Pharmacists really set off the night, filling everybody’s ears with Ted’s unmistakable bark and trademark trebly crunch. Drummer Chris Wilson remains one of my favorite drummers, with his fluid as water technique, and certainly aided in the burgeoning of Ted’s leads.

From the audience’s riley banter of “WHERE’S THE SKINNY DRUNK BASSIST?!” (previously seen at last summer’s Bumbershoot, who I will attest to witnessing the inebriation of) to Ted’s retort of “NO! That’s no thing to yell at a band halfway through their set! Look! There’s our skinny drunk bassist god dammit!” while wildly motioning towards the Pharmacist's newest addition, an adorably curly haired AND skinny… but maybe not so drunk dude. “This guy learned 30 songs in two days! Let’s give him a round!” Ted commanded.

From the multiple James Blunt comments over the course of the night, to the random bursts of cheer for the new bassist, much confusion and good times were to be had at Neumos last night. The fierce, all over the place, vegan hamburger fueled performance was the definition of quintessential rock show. Can I see Ted Leo as a former 1990’s anarcho-punk rocker in the DC scene? No. Can I see him as the rabid monarch indie pop king most likely to take over the world? My answer? A resounding yes.