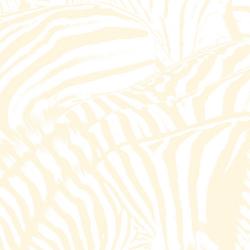 New York’s chimeric-bopping Beach House’s debut on Sub Pop, Teen Dream, came out last week to bold fanfare and acclaim from old fans (and new acolytes like me). They also got hit with some critical flack for not mixing in enough dark flavors with the Scotch-and-butterscotch ice cream float of their sweet, intoxicating sound.

For a third full-length from the formidable duo of vocalist Victoria Legrand (the niece of French chanteuse Christiane Legrand, and awesome composing mastermind Michel Legrand, whose soundtracks for The Umbrellas of Cherbourg and Band of Outsiders are essential in the OST canon) and young multi-instrumentalist Alex Scally, some scribes were apparently hoping their M.O. of sunny, chilly, melancholic impressionist pop with sweet drum ticks would “evolve” into something else. But what? Something “more substantial”? I have no defense to that behind my immense rating for the record.

For content, the bonus video DVD has some alarming images and stories connected to the songs, and it is almost as fantastic an artwork as the music on the proper record. “Used To Be,” a previously released song and probably the apex of Teen Dream, is directed by Sean Pecknold, and is wisely used to kick off the video selection, due to the weary tenderness of the melody of the chorus. But the videos for “Walk In The Park” (directed by Allen Cordell) “Lover Of Mine” (directed by Sean Honey), and new single “Norway” (directed by Showbeast) are all as brilliant as they are a little overwhelming for what this band does: Make a soundtrack for looking at bizarre old photographs from thrift stores with friends, standing near the ruins of torn down tenements and staring into the debris the neglected future has left behind, and not thinking about anything at all.

The most self aware drug addicts admit that they crave oblivion, but in this overflow of light there are no sketchy side effects to the beauty of a Beach House jam. It clicks along by timeless synthetic metronome heartbeats into wide fields of shameless joy and weepy pleasure provided by very well played keyboards and great two and three note riffs extended along the length of a crisply tuned electric guitar or bass. It is a bedroom band chai tea groove, and it is meant for soulful kissing with a mate for a taste in thick sweaters, not a role playing hate fuck dressed up in iconic leathers. There is no era-looped irony to the floating nostalgia it attempts to and succeeds at evoking.

Not that the band isn’t aware of the world of freaks and creeps out there, which Legrand herself addresses in “Silver Soul” (and directs her own Lynchian video for it, with painted girls hulu-hooping and the profanity from the previous sentence planted less than subliminally), and various scenarios of relational eruption and rejection occur frequently in other tracks. It doesn’t seem like a happy album but it occasionally sounds like a joyful one in spite of loss. For people who need a touchstone for Legrand’s vocals, I won’t hesitate to compare the quality of her instrument or her songs to those Chris Bell was writing later in Big Star or for his own and only solo album, I Am The Cosmos. The more anthemic tunes in the middle of the album sound very Sister/Lovers era to me. I also like how she reminds me at times of the underrated Marty Balin from the Jefferson Airplane, throwing her beautiful melodies back into 60s territory (not surprising, considering her pedigree).

Teen Dream is one of my favorite albums of the past few months, in a post-album era. And I think anyone who was seduced by the charms of Blue Bell Knoll in the 80s or later will recognize this is an addictive work that is making a major statement in musical terms, not in any lyrics that need to be quoted. We all find meaning in different ways, but I’m glad Teen Dream sounds exactly like what it is. Young, full of potential, and giving more as it ages in your personal player of choice.