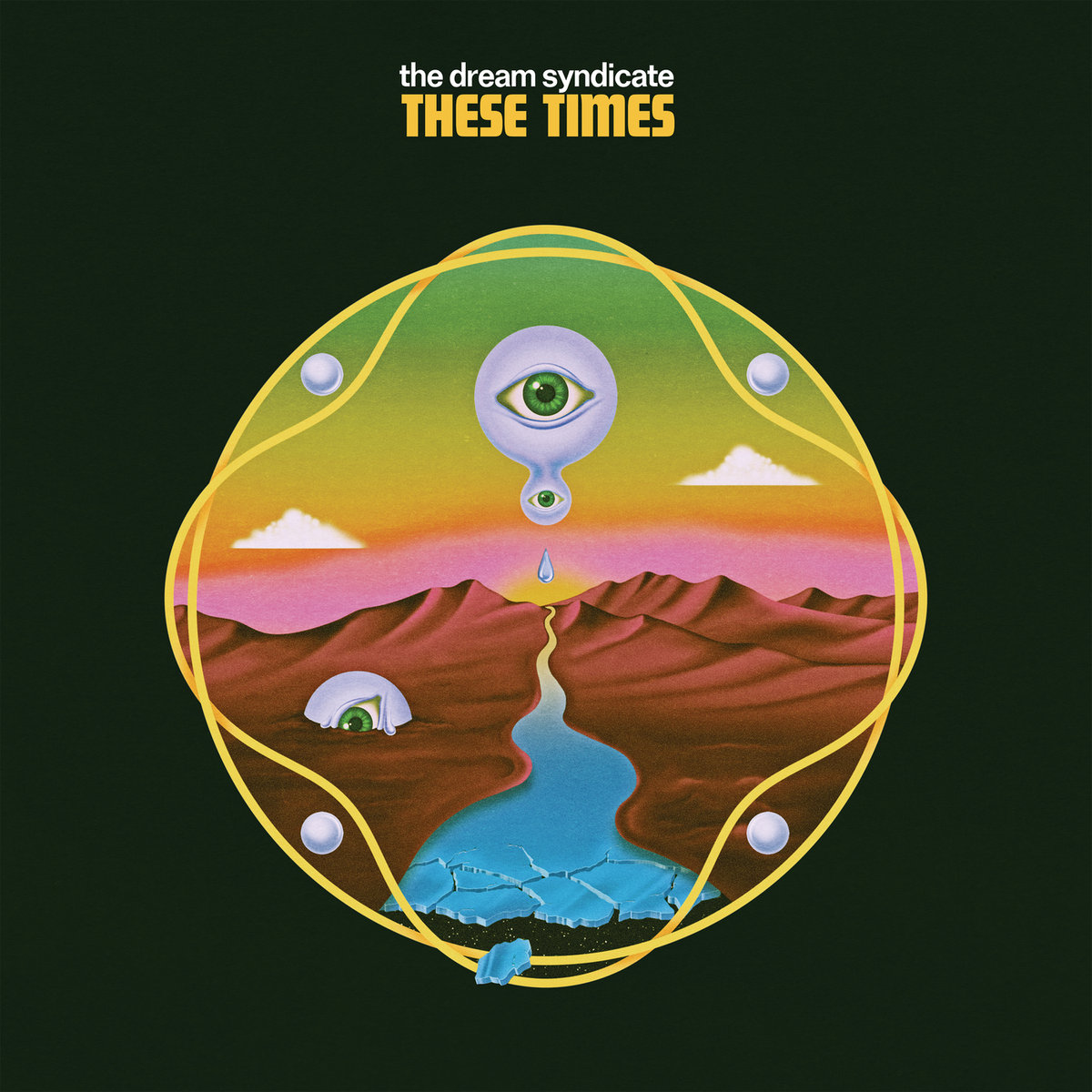 The Dream Syndicate: These Times

The Dream Syndicate will be performing live at The Tractor Tavern in Ballard on Saturday, 14th December. Concert information and tickets are available here.

In the early 1980s, an interesting scene developed where several bands from the Los Angeles area who were obsessed with 1960s music from the likes of The Byrds, Buffalo Springfield and Donovan, began their own Southern California movement. Dubbed The Paisley Underground, the groups that developed contained a unique sound that encapsulated both sixties psychedelia and punk energy. Perhaps the best band of the lot was The Dream Syndicate. Their debut record, The Days of Wine and Roses, is a stunning masterpiece and is by leaps and bounds the top album from the scene.

Lead singer, guitarist and songwriter, Steve Wynn made three more records with The Dream Syndicate during the 1980s, and shortly after the marvelous and sorely underrated Ghost Stories was released, he embarked on a solo career in 1989 that lasted nearly twenty-five years. In late 2012, the band was resurrected with original drummer, Dennis Duck and Mark Walton on bass, who had played on the group’s last two records, Out of the Grey (1986) and the aforementioned Ghost Stories (1988).

The reformed group finally issued a new studio album in 2017, How did I Find Myself Here? and has toured extensively since. Earlier this year, their second post-reformation album, These Times, was released on the esteemed Anti- Records.  Picking up where the last LP left off, These Times finds The Dream Syndicate sounding comfortable with each other and well rehearsed. As with the previous disc, These Times sounds a bit more like a Steve Wynn solo album than the original Dream Syndicate, but that’s not necessarily a bad thing. For one, the rhythm section of Duck and Walton sound great performing Wynn’s songs.

These Times is a concise ten song album that clocks in at just less than forty minutes. Wynn’s melodies are excellent, as always and the record is cohesive. “Bullet Holes” is a beautiful, doleful composition that shimmers. It is one of the highlights. Wynn searches for peace through resignation in the lyrics: “I see the bullet holes/The history that no one knows/Just the way the story goes/It’s alright.”

The liner notes in These Times list former Green on Red keyboard player, Chris Cacavas, as an official member of the band. Cacavas has played with Wynn off and on since the early 1980s and is featured on the previous two Dream Syndicate albums: Ghost Stories and How did I Find Myself Here? He probably should have been listed as an official member previously as his keyboard parts have become essential to the band’s sound. “The Whole World’s Watching” is a great example of his contribution. His Doors-like keyboards add a layer to the track that helps transform it. “Still Here Now” is a nice mid-tempo track that sounds like it would have fit comfortably on Out of the Grey. Cacavas’ piano part augments the tremolo guitars perfectly. Elsewhere, “Space Age” is a fantastic rock song that is a droning and woozy example of their strength as psychedelic pioneers.

These Times excels in its execution and it contains the best album cover of the year as well. Wynn and company are inspired as the continue creating memorable psychedelic music. The Dream Syndicate will be performing in both Portland and Seattle next weekend. Get your tickets now in order to see this legendary act.