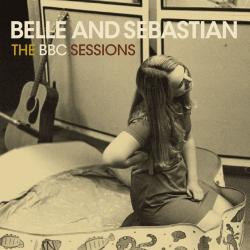 I have always loved Peel sessions and other BBC radio sessions where (often up and coming) bands are encouraged to come into the studio and record two to four tracks that are essentially committed to tape live. The noteworthy thing is that these sessions almost always run neck and neck with the proper album versions. The production is usually pretty much perfect, being sharp, but not at all overproduced.

Most groups tend to record a few songs that end up on their albums and then other tracks that end up as B-sides or other ones that may not turn up anywhere else ever again. Being a huge fan of British radio sessions, I am always excited to hear these crisp versions of songs that I am familiar with, but the other thing that I look forward to is hearing the rarely heard songs that once again often leave me wondering why they were abandoned after being recorded for the radio session. Belle and Sebastian’s BBC sessions fit right in line with my general thoughts on this subject.

This new collection features radio sessions from the band’s early days that were recorded between 1997 and 2001, many of the songs ended up on their first three studio albums. Of these, there is a slightly less dreamy sounding, but fantastically performed version of “The State I Am In,” from their debut, Tigermilk, that opens up this release. There is also a compelling version of “Like Dylan In The Movies,” from the critically acclaimed If You’re Feeling Sinister. This rendition sounds rawer. The bareness adds a bleaker aspect to the song that isn’t as apparent in the original.

The Boy With The Arab Strap’s “Seymour Stein” sounds different in this setting as well. Murdoch’s vocals are lower and sound more relaxed than the studio version. The music is a bit more muted as well, adding more focus to the vocals. From the same album, there is a less buoyant sounding “Sleep The Clock Around.” This recording also sounds more direct with less reverb and psychedelic effects enhancing the instruments.

There are also four unreleased songs on The BBC Sessions. The intriguingly titled “Shoot The Sexual Athlete” is one of the standouts in this collection. It opens with a low, punchy bass line and the first lines of the lyrics are “Now I’m in a band/People try to make me do things/Kiss arses and pay tribute/But I’m inclined today to do those things anyway/And I don’t care who hears it.” After this Murdoch delves into a few verses about his admiration for The Go-Betweens. This tribute is augmented by violin that is awfully reminiscent of Amanda Brown’s style from the inspiring band. It is a short song that captures the sardonic and whimsical side of Belle and Sebastian's songwriting.

The BBC Sessions should hold enough charm to both satisfy die hard fans and work as a welcome introduction to those who are unfamiliar with the work of Belle and Sebastian. Their first three records are arguably their best. They showcase a group that embraced melancholy retro pop music at a time when they were completely out of place with what was going on in music on both sides of the Atlantic. And for those who are not fans of Belle and Sebastian, it’s time to track down BBC sessions by your favorite artists. You will rarely be disappointed.