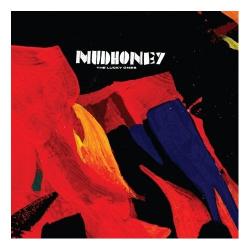 Mudhoney – the seminal band notorious in these parts for representing the epicenter of the g-word scene back in its heyday – have been busy lads this spring. Like their label, Sub Pop, the band also turns 20 this year. In honor, they've released two albums, a remastered and expanded edition of Superfuzz Bigmuff, and a new disc called The Lucky Ones.

These two releases are totally separate entities, but they go hand in hand quite naturally. While the two albums were recorded 20 years apart, they're similar in so many great ways. Not much – if anything, save for the band's lineup—has changed in those two decades. I'll let Estey tell you all about the excellent Superfuzz re-release.

The Lucky Ones, raw and perfectly unpolished, charges out of the gate with "I'm Now," throttling forward through to closing number "New Meaning." The album—the band's eighth—was recorded in less than four days. As quips Mark Arm on the press junket: "We decided that since everything came together so serendipitously that we shouldn't fuck with it, and these 11 songs should be the album."

He felt it unfuckwithable, dare I say.

The album is peppered with stout, boozy punk like "The Open Mind" and lead track "I'm Now." And yet, for all the grimey, dirty, grungy rock and roll they're known for, Mudhoney has also always done an amazing job of keeping a spry cadence in their work too. Much like the way the rubber soles of Doc Martens bounce when you walk on them, so is the lift of Mudhoney's gait—an especially apparent trait in "And the Shimmering Light" and "What's This Thing?," a peppy jaunt of a track.

Fans who've been following Mudhoney will be happy that the fourpiece retain the same distorted, surf-rocky sound as they have all along, though Mark Arm has forgone the guitar on this album to concentrate on his signature growly vocals, leaving all the licks to Steve Turner's more than capable hands. The band is still up to all their old tricks, despite etching 20 years onto their gear. And that's what marks the craziest part about The Lucky Ones, this "new" Mudhoney release: It doesn't sound new at all.

In fact, the chorus of "I’m Now," the opening track, smolders with irony: The past makes no sense, the future looks tense. Because for all intents and purpose, Mudhoney is stuck a perfect time warp, sounding just a sensible now as they did in their early days.