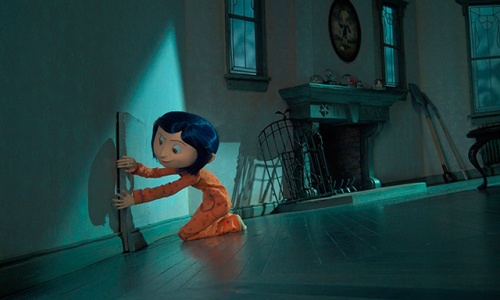 Three Imaginary DVDs to See: gorgeous stop-motion, exploding corporate drones and some things to know (about her)

Coraline: Admittedly, I’ve never read the Neil Gaiman story (although it’s sitting on my bookshelf now) – but I am a fan of all things animated, particularly stop motion. And this film did not disappoint. In case you haven’t heard: Precocious child Coraline moves to a new house. Being semi-ignored by her parents, she explores and finds a mysterious door that leads to another dimension where everything is great – you know, until it isn’t.

This film is dark, creepy, beautiful and just plain awesome. It also pretty much proves that director Henry Selick should only do stop motion animation (Monkeybone, anyone?? gah). Even better, there’s a deluxe DVD edition with the 3D version – and 4 pairs of glasses. Coraline-watching party at my place, anyone?

Visioneers: I know this played at SIFF – but I’m forgetful of the year. We’ll just say 2008. I only know that I really wanted to see it, but it didn’t fit into my schedule. Zach Galafianakis stars as a man trying to avoid the current world epidemic – blowing up from corporate stress (doesn’t sound that far-fetched, does it?). Given that I work in a cube-farm, I feel like it’s my duty to check it out. Plus, I love Judy Greer. 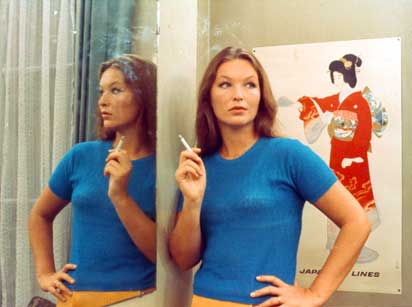 2 or 3 Things I Know About Her (2 ou 3 choses que je sais d’elle): French New Wave master Jean-Luc Godard introduces us to Paris life in 1967, by way of following suburban housewife Juliette Janson into her double-life as a prostitute – up close & personal. I haven’t seen this one either – but I am very curious.