Throw Me The Statue coming soon to a city near you 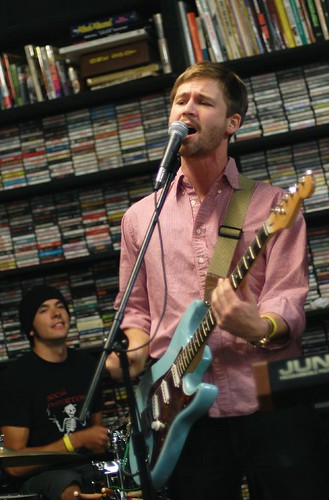 You know what’s funny? When I first heard Throw Me The Statue’s new album Creaturesque, I was immediately struck by the tracks that hearken back to the feeling of mornings spent listening to Built to Spill and drinking too much coffee. Knowing that Phil Ek helped produced it reveals where that sensory memory sprang from. I guess that’s not really funny. But more on that later— Creaturesque will be out August 4th on Secretly Canadian.

In the meanwhile this Seattle band will be hitting the road as co-headliners with New Zealand band The Brunettes in support of the new album. Before they go, they will be playing a handful of Seattle shows. A full list of tour dates and the track listing of the new album is listed below. With all these opportunities and a good cause to support (A Drink for the Kids at Vera), you really have no reason not to see an upcoming lo-fi power-pop Seattle band play at home before they blast off this Sound.

Spoiler Alert! Listen to “Ancestors” off the new album here.