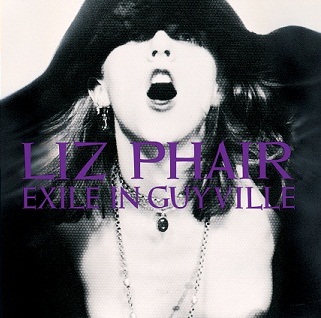 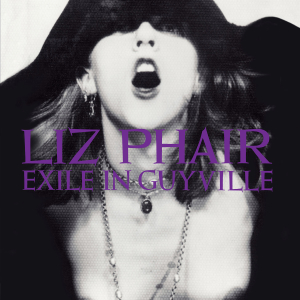 Our sixth anniversary party and tribute to Liz Phair's classic 1993 album Exile in Guyville, Exile in {Imaginary} Girlville, is now only nine days away. I can hardly believe it is so close!

For today's countdown, we thought we'd turn it over to you and ask: What is your favorite song from Exile in Guyville? Why?

My favorite is "Fuck and Run."

Although it is a song where our heroine/anti-heroine sings of not being able to escape her promiscuous past and keeps her from finding the romantic love she seeks ("I want all that stupid old shit like letters and sodas."), it is the go-to song for me when I feel depressed or lonely (which happens almost as often as I feel thirsty).

Phair sings "I can feel it in my bones, I'm going to spend my whole life alone" at the beginning of the final chorus (about 45 seconds earlier it's "another year") and she sings it with such a monotone, almost flat, harmony that it perfectly captures the alienation the song demands. It is a simple but raw lyric, devastating in its almost indifferent approach to her own loneliness.

But enough about me, let's talk about you. What's your favorite Exile in Guyville song?