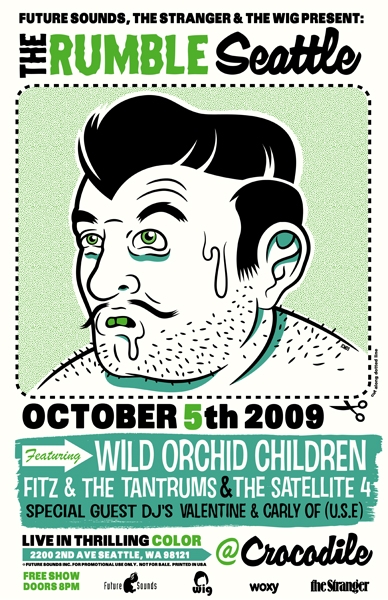 Fitz and the Tantrums

Tonight: The Rumble returns to the Crocodile – and it's free

I mentioned the series The Rumble here before, which is a regular monthly event in a handful of cities (and premiered in Seattle two months ago with USE and The Blakes). It’s returning here and has a regular time and home (the first Monday of every month at The Crocodile). Tonight’s event is free and it features Wild Orchid Children (made up mostly – exclusively? – of members of Kay Kay and His Weathered Underground), Fitz and the Tantrums and The Satellite 4. Best of all, it’s free.

Last month, USE’s tour at the beginning of the year featured mostly Rumble shows and The Blakes will do the same this week on the tour they just began. What that means is that The Rumble is helping to provide an infrastructure for bands to have on the road so that they are less likely to be playing to empty clubs when they hit cities on tours.

The infrastructure is all well and good (and it is), but the important thing is that there’s a great party on a Monday night at the Crocodile – and it’s free.