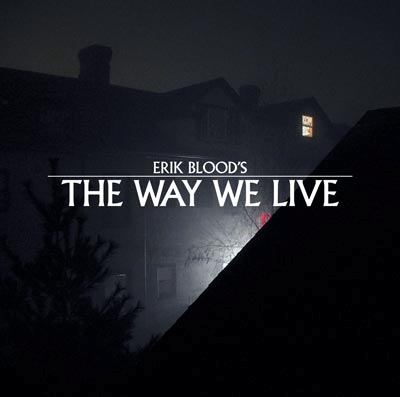 Only two songs into Erik Blood’s brilliant debut record, The Way We Live and I’m stopped cold. The song is called “To Leave America” and the producer and former Turn-Ons guitarist is wondering aloud whether it is time to move to a foreign country because of the homophobia here in the US. “A chance to leave my place of birth, a chance to be a man of worth” he sings in the opening verse.

What is so gorgeous about this song is not the swirling guitar melodies or Blood’s emotional but flawless harmonies (although that is certainly true and present) but the complete honesty in this song. It is my favorite track on one of the most unforgettable albums to come out of the Northwest this year. Tonight at Chop Suey is the CD release for this remarkable album. Blood plays with Silver Teeth (made up of former members of The Divorce) and Hotels, who have gotten quite a bit of buzz lately (and I hear are also playing Bumbershoot in September).

I’m hoping to finish a much longer review of this album in the near future, but it comes out digitally on Tuesday and on disc a month later, on June 16.

What else would you do?