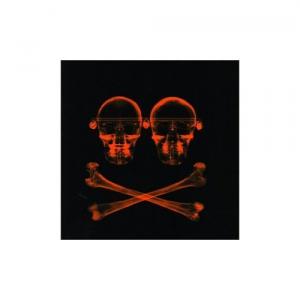 Yesterday, I spent 16 hours in the lab running samples for my research. That is a long time to spend in a room with loud vacuum pumps, clicking and whirring bits of machine, computers humming and a constant blast of cold, dry air being blown into your face. By the end of the day, my contacts felt like they might have been fused directly to my eyes, or, alternately, my eyes were going to fall out. Alas, though, this is the life of a scientist, trudging onwards for hours if the machine you are using is behaving. However, as you can imagine, all the fatigue and lack of sleep can do some strange things. Heck, most doctors will tell you that fatigue and sleeplessness are the leading causes of bad things happening to you that are avoidable, such as accidentally dropping heavy objects on one’s foot, unintentionally letting a sample bleed away into space and making poor decision on the quality of your work.

It is of my opinion that Orbital must have been suffering from this killer duo of fatigue and sleeplessness when they decided “Tootled” was a good idea. Admittedly, “Tootled” is from the boys rarities compilation The Altogether, but that disc was also filled with good songs like “Doctor?” or “Oi!” So what went wrong?

Here is my dramatization of what might have happened.

(Setting, dark recording studio in England at 4 A.M. Paul and Phil Hartnoll are completely work on a new Orbital album. As the scene opens, the pair are planning on finishing for the day).

Paul: Phil, I’m pretty fucking beat, let’s call it a night.
Phil: Yeah, I suppose we’re putting working for hours on this disc, might as well just let it set for the evening.
(Turns on radio in studio. Tool’s “Sober” is playing.)
Paul: Wait.
Phil: What?
Paul: Do you hear what I hear?
Phil: Tool?
Paul: Yes! I think I got the energy to hack another track out – let’s sample this song and make it into a dance anthem!
Phil: Uh, have you gone mad?
Paul: No! No! Listen! It’s brilliant!
Phil: You’re a loony.
Paul: No, I’m not! This could be the greatest record in the history of the universe.
Phil: That’s it, we’re done, now you’re just talking nonsense.
Paul: No! Put these headphones on.
Phil: (Sighs) Ok, if it will get this done so I can sleep.
Paul: Listen…
Phil: What? Well … Hmmm. Maybe you’re onto something.
Paul: Let’s do it!
Phil: I dunno. It is getting late … maybe this is a bad idea.
Paul: It’s a brilliant idea!
Phil: Well, OK, if you think it’s such a great idea. What are we going to call it?
Paul: “Tootled”!
Phil: Oh god.
(fade to black)

and so on until the song is done and we get to suffer though … er, enjoy the results. I suppose this is why rarities compilations exists, to save the average fan from such messes, but woe is the fan who sifts through it all.