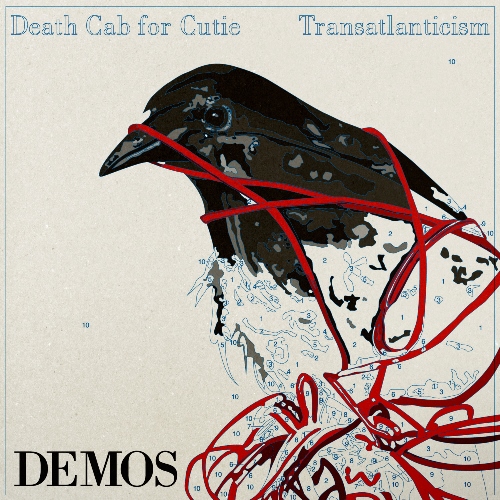 This Transatlanticism demo is the best thing you'll buy without hearing all day, promise

I have the new / old Transatlanticism demos in my earholes right now, you guys, and I am seriously freaking out. The short version is that they are fucking incredible: "Sound of Settling" >> "Tiny Vessels" will pull your heartstrings and finish you off with a one-two punch of feels; "Passenger Seat" puts you right in the room with Ben and the piano. Although prone to hyperbole, I mean it without exaggeration when I say that these tracks are downright stunning.

Listening to Transatlanticism is always an all-encompassing experience, and the demos take it a step further: I feel like I'm holding a perfectly preserved time capsule, a glimpse into the as-is idea-brains of the musicians behind one of, for me at least, the most seminal albums of the early 00s. Reverse-equivalent to my recent obsession with the Wrens' deconstructed cover of "They'll Need A Crane" by TMBG, it's a preconstruction snapshot of what these songs were about to become, and it gives a beautiful, perhaps priceless, insight into the band's creative process.

This is a must-have for any fan, and I don't say that lightly. I'm about as frugal as they come, and I don't race out to buy every release and re-release of an album I already own. But I did it for DCfC's Something About Airplanes — devouring the liner notes sitting on the floor at the now-relocated LQA Silver Platters on my lunch break, thank you Sean Nelson — and I'm doing it for this. Because on top of the digital version of the demos, you get a high-quality 180g vinyl release of release of Transatlanticism proper. From Barsuk:

This special 10th anniversary edition of Transatlanticism is available on vinyl (after several years out of print) and in digital form. The high quality 180-gram double LP comes in a nice gatefold sleeve, with full-color 12-page booklet. The digital release (included with MP3 download in the vinyl version) contains the album tracks, plus an intimate peek into the landmark album's genesis: all eleven original demos, none of which have ever been released before.

Set your calendar for a late-October New Release Tuesday {10/29}, or go the easy-breezy route and preorder from Barsuk here.