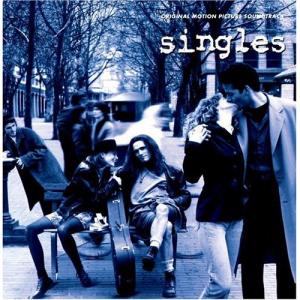 "Waiting for Somebody" by Paul Westerberg

I suppose, looking back, it was inevitable that I would spend some part of my 20's living in Seattle. Not that my 20's were that long ago (a whole 4 months ago), but with my obsession in high school with Cameron Crowe's Singles, it seems fitting that I would subconsciously try to live out the Campbell Scott lifestyle. Sure, I lived in Seattle about 15 years too late to match that well — the city was past its 1990's heyday and trying to get its identity back — but nevertheless, it was very hard for me to shake the idea that hey, I'm 20-something and in the Pacific Northwest.

Of course, nothing really worked out like in Singles, nobody came by my out-of-the-way house late at night because they were "in the neighborhood." Nobody offered to write my name is rose petals (ok, that might be weird). Nobody offered Tim Burton to direct my singles ad. These dreams will likely never be fulfilled (especially considering I don't live in Seattle anymore). It is interesting, though, that the songs from Singles that remind me most of the film were by decidely non-Seattle-ites. Paul Westerberg, who had two songs on the soundtrack, is from Minneapolis and "Waiting for Somebody" is oddly the almost perfect song for the themes in the film (almost as good as "Dyslexic Heart"). With the plethora of Seattle acts in the early 1990's, I suppose the city should get offended by the fact that neo-grunge acts like Westerberg or Smashing Pumpkins weaseled themselves onto the soundtrack (but heck, "Drown" might be the best Pumpkins song), but like my time in the Emerald City, it's hard not to look back at it all, whether it was right or not, and not still feel all warm and shiny about it.