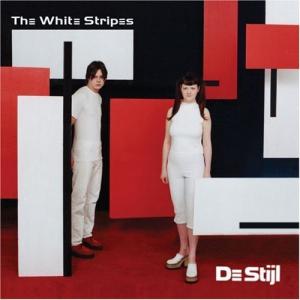 "Why Can't You Be Nicer to Me?" by the White Stripes

So I says to Bernie I says “Mate, wot’s yor problem dees days? So serious you is.”

And that’s as far as I got. This is the fundamental problem is a daily column like the iPod Roulette is that I really need to get it done quickly and sometimes, well, the first idea I have concerning the song in question fails like a poorly built catamaran. Honestly, I’m really not sure where I was going to go with that other than I had this idea of a conversation between a couple of thickly-accented Brits, although originally one of the blokes was supposed to be Jack White, but that really when no where, so I’m left with one line that really has nothing to do with the song. I can stare at the screen all I want, but today is just one of those days where my brain just refuses to say anything particularly interesting, and instead it just churns out jibberish.

You have a problem with that?

Oh, you do. Well, you try to write a column every day.

C’mon, that’s not fair. Did you have to go there?

Stop it! Just stop it!

Names like that just aren’t necessary, who do you think you are? Oh wait, that’s right.

Why can’t you be nicer to me?