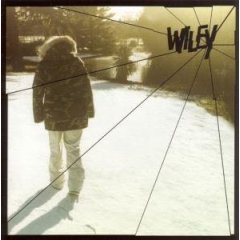 But just what is "Eskibeat"? Though Wiley refuses to acknowledge (and often flatly denies) the influence of British garage and two-step, both indisputably impact this newly minted genre. That hypnotic rhythm so prevalent in British garage (not to be confused with garage rock by any means) oozes out of each track of Treddin' On Thin Ice, seeping into your body and making not moving to the beat virtually impossible.

Wiley infuses his own signature stylings into existing trends, using Eskibeat to fuse the worlds of Brit garage and hip hop. He creates grimy, urban-tough sounds that reflect his adolescence on the streets of East London. Bass-line heavy with elastic scatter-shot drum machines and samples ranging from circus to symphony evoke distressed brick and dark alleys, flickering street lamps and underground hideouts. His delicious streetwise Brit accent and warmly bassy voice draw you in, encouraging a close listen.

Lyrically, Wiley tends toward the autobiographical, with particular emphasis on his aspirations for his musical career. The third track, "Wot Do U Call It?" reads like a manifesto for Wiley's imminent reign. He uses this song to openly dispute any connections to garage — "It don't sound like garage… it's not garage… this is my sound, it sure ain't garage." Treddin' On Thin Ice is the playground for Wiley's "own sound, the Eskimo sound." "I want everybody to follow this sound," Wiley avers. With this solid debut LP, there's little doubt that a devoted following is in the offing.