By imaginary keenan on July 2, 2010 in Live Show Review, Old 97s, On The Road, Showbox at the Market

The lights dim just before the band walks on stage, and entrance music starts. Full volume. All of a sudden, imaginary Victoria asks, "You guys. Are they playing 'Dreamweaver'?". Yes, they were. Most definitely. It's almost as if the Old 97's know that their leader, Rhett Miller, is like a teen heartthrob for grown-ups.

Oh right. They do.

Flashback a few hours to a sound check / meet and greet. Who would have thought it could get any better than the band ending their informal warm up by asking for a request from the lucky group crowded around the stage, and then playing “Victoria” for our very own imaginary Victoria? During the meet and greet that followed, three ladies realized all of a sudden that they weren't so imaginary after all, as Mr. Miller & Co. shook hands all around and even remembers imaginary Liz from an interview a few years ago. We turn around to leave and Rhett insists on hugging us. There may or may not have been a good-kind-of-awkward conversation about fish sandwiches on our way out. And we all try to not fall over from schoolgirl weak-knees, or appear as giddy as we actually feel.

Back to the show. They blast through several songs with barely a breath. Sweat begins to build on Rhett's brow, and he shakes his hair to send the beads flying in an almost pre-planned spatter pattern. And when he's not singing, he alternates between facing the drummer and wagging his hips back and forth at the crowd. From almost any other performer, it would have felt so forced — but I was completely eating it up. Just like everyone in the audience. Men and women, gay and straight alike. We were all Rhett-o-sexuals for those few hours. When he croons "Do you want to be my girl/do you want to be my friend/do you want to start it off/just to see how it'll end" the entire audience screams a resounding "yes!" inside their heads. And these moments of lascivious nature on stage are no accident. So many classic Old 97's songs ooze pure sex, like favorites "Buick City Complex" ("Do you want to mess around / I mean deep down in your bones / In hotel swimming pools / on public telephones") and "Barrier Reef" ("So we tripped the light fantastic / we was both made of elastic").

If you can break away from the "Dreamweaver" slow motion montage moments whilst staring at Rhett's perfect white teeth when he sings, you'll notice how powerful the band is. They've been the Old 97's for a long time (earlier Rhett said 17 years, though that's just for this band; they've been playing together for 20). For many bands, that kind of tenure tends to bring a sense of complacency in the music; grooves settle in, and there’s a loss of the energy that was originally there in their younger days. But for the Old ‘97s, it’s just the opposite. With all their years of experience, even songs off of 1997’s Too Far to Care (of which they featured many during the set) sound better than on the record.

It’s obvious that these guys love their jobs.

Even many years wiser, Rhett sounds almost more sincere when singing the world’s best worst pickup line: “Hi there, my name’s Stewart Ransom Miller /I’m a serial lady killer”. He knows even a line this cheesy will work magic on the audience.

They raced through the 26 song set with speed and energy, featuring classics like “Rollerskate Skinny”, “King of All of the World” “Busted Afternoon” and “Doreen” (I was hoping for a little “Melt Show” action, but alas, no such luck). They featured a new/old song called “Champaine, IL” from their new record, which is technically co-written by Bob Dylan, as well as a cover of David Bowie’s “Five Years” from the new all-covers EP, Mimeograph. And when they got to “Timebomb”, their perennial closer, I knew the night was drawing to a close.

There's no real way to sum up such a perfect night, but at least we can relive it through these magical photos from Victoria VanBruinisse. Check out the full set here. 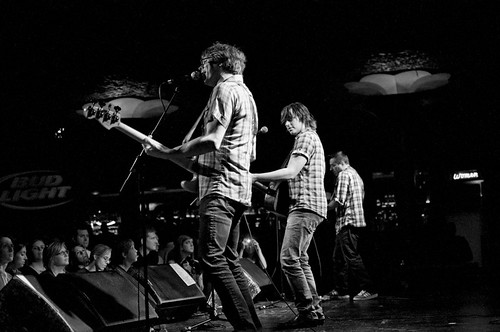 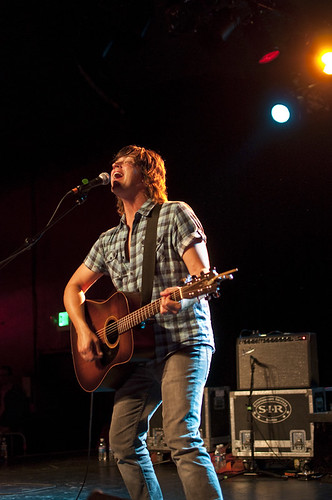 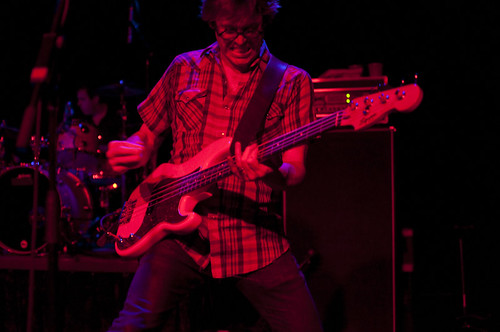 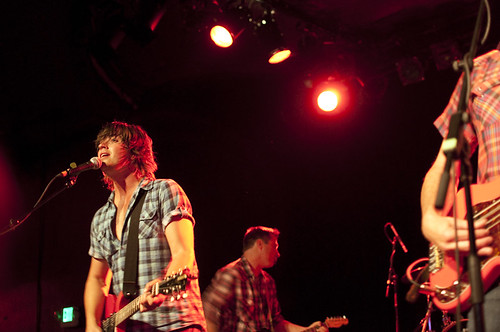 King of All of The World

Crash on the Barrelhead

Color of A Lonely Heart Is Blue

Bounce up and down and cackle madly with We Wrote The Book On Connectors this Saturday at Chop Suey
Part ll: The New December