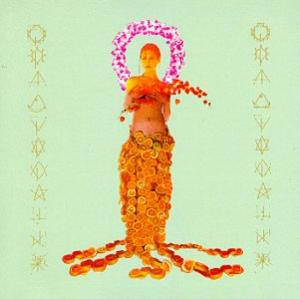 If you've been wondering "gee, Erik has been rather quiet this week" well, I can tell you have a good excuse. OK, maybe not a good excuse, but an excuse nevertheless. See, Erik is rapidly heading towards a Unibomber lifestyle that rejects technology because technology has been rejecting Erik for most of the week. So, thanks to that mutual animosity between things with processors, circuits and complex coding and me, you will never know my thought's on the Pet Shop Boys' classic "Always on my Mind" because that certain iPod spin got vanished to the ether in a stomach-turning poof of 0's and 1's. However, that was then, this is now, I mean, no point in crying over spilled ions.

Today, I happened to get "100 Ways" by Porno for Pyros on my iPod (which, thankfully is still working … shhh, don't let it know). I suppose I have a love/hate relationship with most of Perry Farell's bands post-Ritual de lo Habitual Jane's Addiction. Hate in the sense that most of them, well suck like a Hoover. However, he did get a few songs right, and "100 Ways" is one of them. I don't love it, but it is very welcome when it drops in for a visit. It does always remind me of seeing Porno for Pyros live during Perry's Enit tour back in the '90s, mostly because a girl on stilts caught on fire. All of us in the crowd were shocked when it went down (although the mix of billowing outfits and torches seemed like a bad idea from the get-go), but then later I heard a rumor that this sort of event happened multiple times on the Enit tour. Now, call me crazy but either the Stilt Workers Local 101 needed to have a beef with Perry for those working conditions or that the whole thing was staged. I really wouldn't put it past Perry to stage such a thing, leaving me with the odd taste in my mouth that Perry is much less a music visionary than a later-day P.T. Barnum.