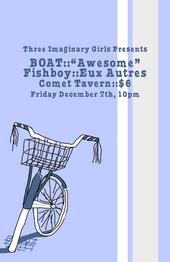 Tonight is another agonizing night in Seattle where it's hard to know where to turn for the best show/event around, there's just so much going on! If I might make a few suggestions…

Have a great start to your weekends!