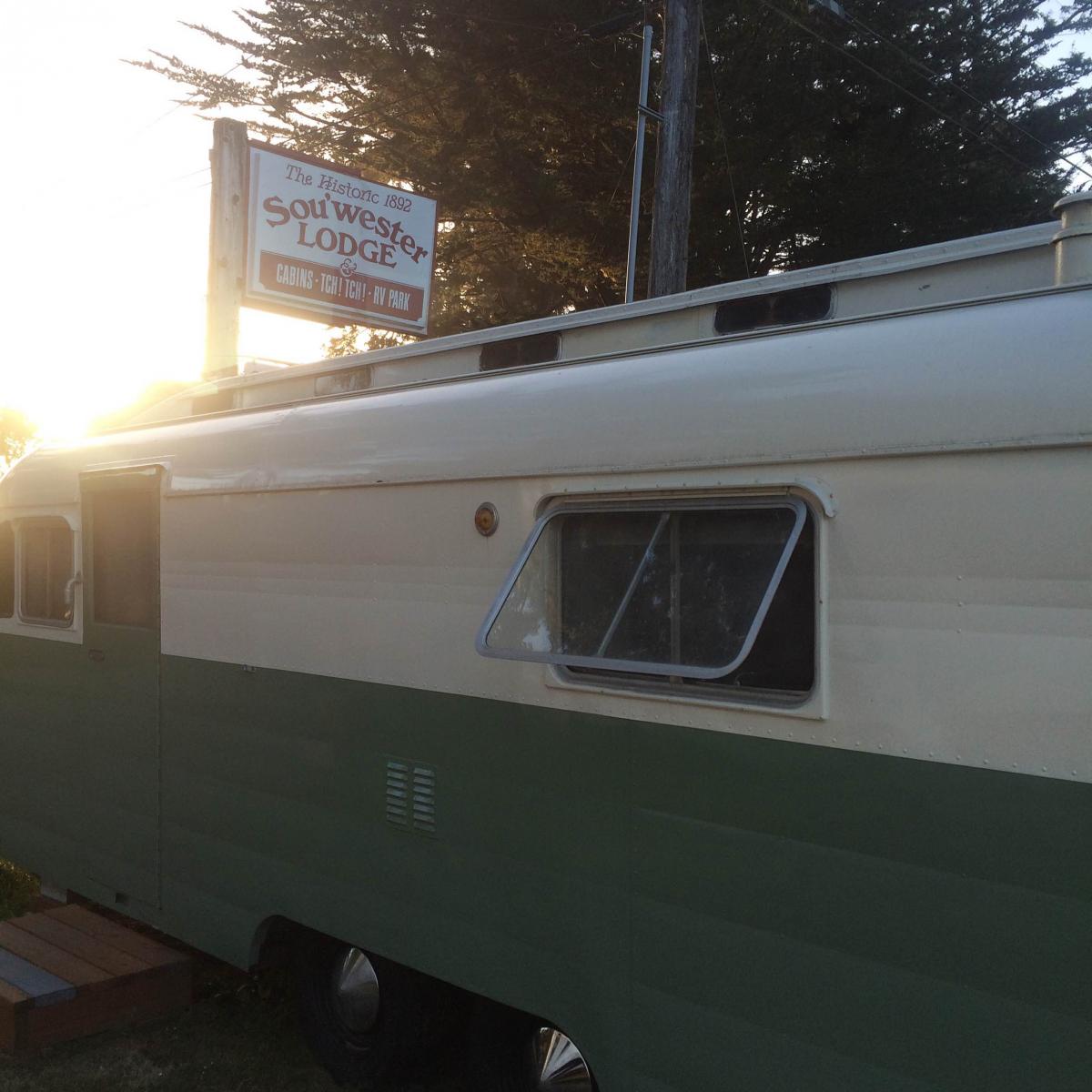 A surprise show on the Washington Coast, featuring Courtney Barnett!

Darren Hanlon returns to the Sou’wester with a special treat in tow, guest singers and songwriters on tour from Australia. Set the holiday ablaze with this show on fire with talent at the Sou’wester!

A couple days later, Darren Hanlon, the Autralian singer/songwriter-wonder, shared the news on his page:

The show announcement promised a line up of Darren Hanlon & Australian Friends at the lovely Sou’wester Lodge in Seaview, WA.  That, and Seaview’s promise of 70 degree days on the Washington Coast (it’s been a sweltering 90+ degrees in Seattle all week), was enough to get us to pack up our tent and head to the shore.

We arrived and set up camp at the magical Sou’wester on Friday afternoon. The historic Lodge, cozy campground, and exquisite vintage cabin & trailer assortment are a sight to behold.

To call the scene quaintly picturesque and magical is an understatement. It all made the small, under-the-radar, evening’s show all the more extraordinary.

Around 8pm the Darren and his “Australian Friends” gathered in the outdoor pavilion (i.e. stage for the evening) and started to set up and plug in to the small PA.

We soon happily discovered they were:

Shelley Short – She’s actually a native of Portland, OR, but is as inherently cool as an Australian. You love her beguiling solo stuff and always rejoice when you hear her duets with Darren Hanlon and/or BOAT.

Jen Cloher – you love her songs even if you haven’t heard them yet. Her songs are sweet and rye, soothing and smart. And you should go dig into her catalog now.

Courtney Barnett – um, you and everyone with good taste loves her. Even Rolling Stone who named her song (“Pedestrian at Best”) as the best of 2015.

The four friends shared the stage, usually in pairs, playing some old and new favorites for just about a couple hours. Some set highlights included Darren’s audience-request-based set and Courtney’s heartfelt version of “Depreston” from her 2015 album, Sometimes I Sit and Think, and Sometimes I Just Sit.

They were all backlit and evening darkness seemed to quickly set in, which made photos and videos of their set pretty fruitless. It was actually kinda perfect. It meant we could all put our cameras and phones down and enjoy a show like you’re supposed to: with a small crowd of friends, relishing every note.

Those Australians really made this the best 4th of July weekend ever.

Darren is going to be in Seattle on Thursday, July 23rd at the Columbia City Theater with John Atkins (of 764-HERO fame) opening!  Darren is touring in support of his tender and charming new album, Where Did You Come From?. Obviously, a Darren Hanlon show always delivers.

In addition to buying all the albums by everyone mentioned above, be sure to check out the Facebook pages of Darren Hanlon and Tullycraft (a member of which, of course, was at the show with me) for more photos.

(all photos: Liz and Sean Tollefson)