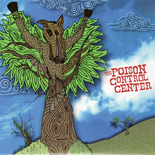 A Collage of Impressions

It’s quite fitting that Poison Control Center’s debut LP is called A Collage of Impressions. This fearless, energetic Iowa-based indie pop-rock band extracts the essences of a wide variety of musical influences and fuses them into a diverse sound that alternately comes across as brilliant and disjointed. At its core, this album refuses to be pinned down and labeled, a feature that cuts both ways.

Here’s the best way I can describe PCC’s sound: What if the Unicorns and the Strokes got piss-drunk one night and, against all odds, spewed forth a child? At its best, PCC masterfully blends Unicorns-esque crackling creativity (non-traditional song structure, varied lead vocalists, brilliant licks that tease and then disappear, and whispered, confessional vocals) with Strokes-like guitars that offer a warm and satisfying sonic wall to lean against.

The opener, “Driving,” starts off with dissonance, as squealing, distorted bass and guitars wheel about, accompanied by drums and vocals that sound like they came from angst-fueled middle schoolers. But just as quickly as the screeching begins, it drops out and we’re left with gorgeous, murmured vocals and a subtle guitar and piano accompaniment that leads into a strings-driven finale. PCC ask for trust as they leap off this cliff: “We are going somewhere we’ve never been before…” This is the essence of PCC; they know exactly how to get us to think we know what’s coming, and they revel in dropping our expectations out from under us without sneering or thumbing their noses.

The creepy, beautiful fourth track, “Park Slope,” is a dark highlight of the album, a constantly shifting sonic landscape that conjurs images of dark, snowy nights and what sounds like a terrifying urban legend. Behind a terse mixture of guitar, keyboards, and whispered vocals, an insistent, creepy bass drum builds tension and leaves you wondering if you really want to know what this song is about.

Other highlights of the album include “Glory Us,” a quick, dance-y lovers' anthem with a badass bass-led coda, and the sprawling “Magic Circle Symphony,” which somehow combines Hendrix with the Strokes, the Arcade Fire, and maybe even Blink-182, to lead us to a fist-pumping wizard rock finale (“Love, love is the answer”).

The only weak spots on this album are the Neil Young-like folk-rock songs. Though a few of these tracks would be good on their own (especially “Losing to Living”), they clash with the snappy, modern sound of the rest of the album.

Like the Unicorns, many of PCC’s songs hook you instantly, but also keep rewarding you if you listen a few times. Also like the Unicorns, the first and last songs on this album are about being ready to die … but hopefully we haven’t yet heard the last of PCC.