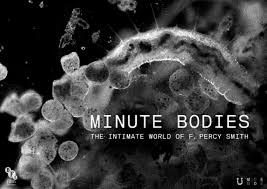 Andrew’s Favorite Albums and Concerts of 2017

2017 was a fairly rough year all around for many of us, mostly due to the current political situation, however, it ended up being quite a memorable year in music. This is certainly one of the primary factors that helped us get through it. For me, the year started out slow in regards to music, but the second half of the year was brimming with excellent albums and live shows in Seattle. Here is a quick look back at some of my favorite records and concerts this year.

The Jesus and Mary Chain: Damage and Joy. Released on the 24th of March, this was the band’s first studio record since 1998’s Munki. The new album was produced by Youth and has a fairly lo-fi sound that is most comparable to Munki. Standout tracks include opener “Amputation” and “Black and Blues.”

Slowdive: Slowdive. Released on the 5th of May, this was the band’s first studio album since 1995’s Pygmalion. Slowdive is a cohesive and concise eight track disc that features some great new tracks such as “Sugar for the Pill” and “No Longer Making Time.”

Tindersticks: Minute Bodies – the Intimate World of F. Percy Smith. Released on the 9th of June, Minute Bodies is a soundtrack to the film made by singer and songwriter Stuart Staples. F. Percy Smith was an early twentieth century naturalist and documentarian. The soundtrack is almost entirely instrumental and accompanies the film beautifully.

Ride: Weather Diaries. Released on the 16th of June, this was the band’s first studio album since 1996’s Tarantula. For me, the new release is better than the aforementioned records by The Jesus and Mary Chain and Slowdive. Weather Diaries has great melodies and the band sounds like their chemistry never disappeared. Standout songs include “Lannoy Point,” “Weather Diaries” and “Lateral Alice.”

PJ Harvey at the WaMu Theater on the 5th of May. In support of last year’s The Hope Six Demolition Project, PJ Harvey and her incredible band including John Parish and Mick Harvey performed mostly material from her most recent two albums. They did play the classics “Down by the Water,” “To Bring You My Love,” “Fifty Foot Queenie” and closed with the stunningly gorgeous Is This Desire track, “The River.”

Poptone at The Neptune Theatre on the 2nd of June. Poptone is a new band featuring Daniel Ash and Kevin Haskins from Bauhaus, Love and Rockets and Tones on Tail. They have also added Haskins’ daughter Diva Dompe on bass. Basically, this is the closest one can get to seeing Tones on Tail. In their setlist, they performed many of that band’s songs and also included a few Love and Rockets tracks and the Bauhaus classic, “Slice of Life.” They were simply amazing. I hope that they continue to tour and record a new LP together.

Bryan Ferry at Chateau Ste. Michelle Winery on the 11th of August. Roxy Music frontman Bryan Ferry doesn’t need much of an introduction. He is still timelessly cool even though at the age of seventy-two, his voice doesn’t hold the power that is used to. Nonetheless, he and his band played a long set of Roxy Music songs that were mixed with some of Ferry’s solo material. From “The Main Thing” to “Editions of You,” this was a marvelous show.

Wovenhand at The Highline on the 5th of September. In early September, when Seattle was encased in smoke and ninety degree temperatures, former Sixteen Horsepower singer and songwriter, David Eugene Edwards, brought his band, Wovenhand, to The Highline, where they performed a heavy and intense set of songs mostly from the last three Wovenhand records. The band was tight and Edwards seemed possessed during most of the performance. Edwards is one of those musicians who never releases a weak record and his shows are phenomenal, too.

The ChameleonsVox at The Capitol Theater on the 8th of September. As part of the Strange Day festival in Olympia, former Chameleons singer and bassist, Mark Burgess, headlined with his band, ChameleonsVox. One of their guitarists had fallen ill, but they were able to have several guitarists from opening bands fill in for a few songs each. I imagine that this was nerve-wracking for everyone involved, but that pulled it off amazingly. The Chameleons were one of the very best post-punk bands and Burgess is still just as passionate as ever.

The Church at The Neptune Theatre on the 9th of September. I have seen The Church many times over the years and the last few shows were pretty lackluster. This year, however, the band toured with Remy Zero’s Jeffrey Cain filling in on guitar and keyboards. This is exactly the move that the band needed to make. Their performance was surprisingly good. They are back in solid form and singer Steve Kilbey exuded confidence throughout an excellent career-spanning set.

Hope Sandoval and the Warm Inventions at The Neptune Theatre on the 11th of October. Until the Hunter was released in 2016, and it took that band a year before setting out on a short tour. It’s hard to choose a favorite between Mazzy Star and The Warm Inventions. The three albums by The Warm Inventions have all been that good. Live, they were spellbinding. Hope Sandoval and Colm O’Ciosoig delivered lovely psychedelic songs one after another and even included an excellent cover of The Cramps’ “Primitive” in their set.