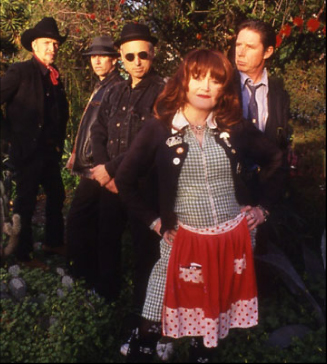 A night of cowpunk w/The Knitters

The Tractor Tavern has booked two rockin' nights of country punk courtesy of rockabilly/folk pioneers the Knitters, this Monday the 19th and Tuesday the 20th.

The Knitters include three members of indie punk band X plus The Blasters guitarist Dave Alvin. Dig out those rockabilly duds, throw on your crusty cowboy boots and scoot on over to the Tractor. The Knitters will rock your Northwestern asses off, country style.